Space travel is dangerous, you guys. 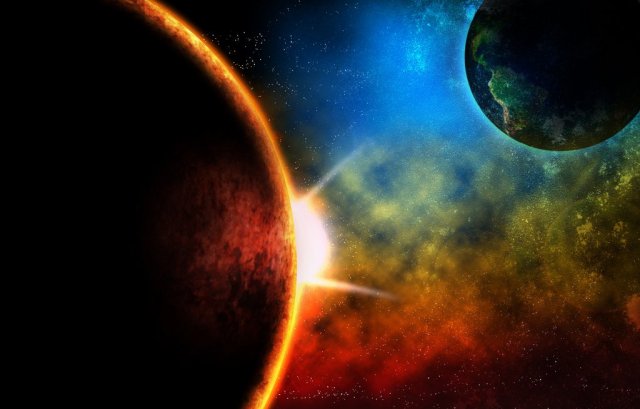 Space travel can be pretty dangerous. The Space Shuttle Challenger or Columbia explosions come to mind, but technical failures aren’t the only problem we face. One of the big ones we’ll have to confront as we go forward with manned missions is the prospect of major radiation exposure during flight. Thanks to data from the Mars Science Laboratory, researchers have calculated the amount of radiation it received during its trip to Mars. The results? Not great unless you like the idea of having cancer.

The data comes from MSL’s Radiation Assessment Detector (RAD), with the Southwest Research Institute leading the charge on analysis. How much exposure to radiation did the RAD get during travel? “In terms of accumulated dose, it’s like getting a whole-body CT scan once every five or six days,” said Dr. Cary Zeitlin of Southwest Research Institute’s Space Science and Engineering Division. In case you didn’t know, yes, that’s a significant amount.

There are two kinds of radiation that can potentially cause health problems for astronauts out there in deep space: Galactic cosmic rays (GCRs) that appear in chronic low doses and solar energetic particles (SEPs) from solar flares and coronal mass ejections. Think of GCRs as a little exposure over a long time, and SEPs as a lot of exposure over a short time.

As far as measuring a radiation dose goes, the unit is Sievert (Sv) or milliSievert (1/1000 Sv). Studies have shown that exposure to radiation ultimately increases your lifetime risk of cancer. How much does it increase? A dose of 1 Sv’s “associated with a 5 percent increase in fatal cancer risk.” That’s a pretty big number for something as serious as cancer. According to Zeitlin, just the trip to Mars and back would be a hefty dose:

The RAD data show an average GCR dose equivalent rate of 1.8 milliSieverts per day in cruise. The total during just the transit phases of a Mars mission would be approximately .66 Sv for a round trip with current propulsion systems.

To be entirely fair, a spacecraft that intended to put humans on Mars, or any other place out in space, would have considerably more shielding against SEPs, but Zeitlin said, compared to SEPs, “the GCRs are harder to stop and, even an aluminum hull a foot thick wouldn’t change the dose very much.” So, basically, we’ve still got a lot to do before heading out to other planets.

(via Phys.Org, image via Cyril Rana)