Mark Twain’s Memoirs, Unsealed After 100 Years, Tell It like It Was 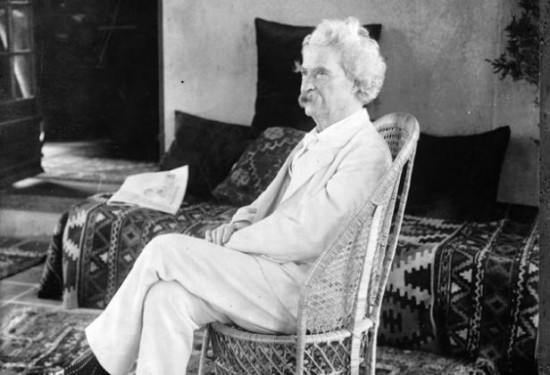 Mark Twain, creator of such beloved characters as Tom Sawyer and Huckleberry Finn, had a great deal of foresight. When the Missouri author died a century ago on April 21, he left a package with some very specific instructions. The package: 5,000 pages of brutally honest autobiography. The caveat: He didn’t want them published until a hundred years after his death.

Twain was publically adored, and allegedly loved his celebrity status. And he embraced it full-throttle, right down to the illicit affair he carried on with a woman named Isabel Van Kleek Lyon. In life, he allegedly said he knew her more intimately than anyone else in the world. In death, well … “in this document he calls her a slut and says she tried to seduce him. It’s completely at odds with the impression most people have of him,” historian Laura Trombley told The Independent.

And according to Trombley’s take on the manuscript as a whole, it seems there was a lot of pain hidden behind Twain’s eyes:

“There is a perception that Twain spent his final years basking in the adoration of fans. The autobiography will perhaps show that it wasn’t such a happy time. He spent six months of the last year of his life writing a manuscript full of vitriol, saying things that he’d never said about anyone in print before. It really is 400 pages of bile.”

This certainly seems to justify Twain’s decision to hold off a bit on the publication. He also discusses God, politics, and everything else your parents told you not to discuss at the dinner table. He bashed Theodore Roosevelt, and, according to Twain expert Michael Shelden, “takes the view that patriotism was the last refuge of the scoundrel.” Basically, he wrote everything in his power to alienate as many people as possible.

While UC-Berkeley is slated to publish the scathing autobiography in November, Twain’s real honor may come sooner. The Mark McGwire Highway in St. Louis is ready for a name change to the Mark Twain Highway, pending the signature of Gov. Jay Nixon. He thought his mistress was a slut, hated his government, and was apparently seething with bitterness, but at least he didn’t use steroids.