Dear Everyone Who Was Angry When Mark Ruffalo Was Cast As the Hulk: Thanks! Love, Mark Ruffalo 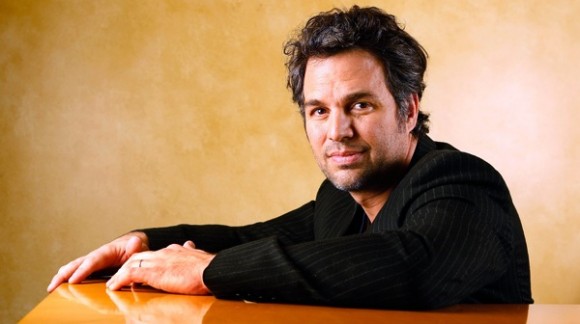 Hey, remember 2010, before The Avengers was fully cast, when everyone was speculating about who could fill up such an illustrious ensemble … and then Mark Ruffalo was cast as Bruce Banner/Hulk and everyone was really upset about it? “He’s an indie actor!” “I still like Ed Norton!” “He’s gonna suck!” “Thanks a lot, Marvel Disney!” “I’m not even gonna see this movie!” Doesn’t this all seem hilarious now that everyone totally saw The Avengers (some of us multiple times in a matter of days) and Ruffalo was the breakout star who made the Hulk positively incredible? Well, Ruffalo has message for all those people who doubted him, and it is one of gratitude.

If you read the comments on either the Screen Rant link I gave you above or the one on Wired’s coverage of the official casting and director announcement that took place in July 2010 at San Diego Comic Con, you will have yourself a pretty good laugh. Like the one that says there’s no way it’ll be better than Inception, or the commenter who says “I’ll wait till it comes out and rent it!” Precious! Anyway, Ruffalo was well aware of the fact that he was not only the third actor to play the Hulk in a major motion picture, but that he was playing an iconic character of the comic book world that had suffered two mediocre-to-bad bouts on the big screen. And it scared the crap out of him. And then it drove him to become a truly memorable character that we could all get behind — and feel feelings about. Ruffalo told Hero Complex:

“I remember the fanboys — there was a lot of negative response to me playing that part early on, and I kind of liked that challenge,” he said. “This one really scared me. It was something that I had never done, that I don’t think anyone expected me to do.”

Indeed, it was all those bad vibes that gave Ruffalo the motivation to really get inside Bruce Banner’s troubled head. And the thing that made Ruffalo’s Banner/Hulk better was how he let us see how much it bothered Banner to have this monster inside of him, constantly worrying about setting “the other guy” loose and the consequences that come with it — and treating it like a flareup of psoriasis, or the worst allergies ever. A part of him that he just had to accept (after a very troubled journey). When he said “I’m exposed, like a nerve. It’s a nightmare,” you (well, I) really felt like “Man, this isn’t just a guy who turns into the Hulk — this is a guy who is spending every waking moment and every fiber of his being just dealing with this while he just wants to do his job.” When he is visibly concerned about who he may have hurt upon changing back to Banner after Hulking out the first time, this is a uniquely sensitive superhero who pretty much hates his own superpowers. And meanwhile, he’s still a prolific scientific genius, making friends with the likes of Tony Stark, and finally finding a positive use for his powers to save Stark’s life with a Super Hulk Hug.

This movie, you guys.

Anyway, Ruffalo’s turn as the Hulk wasn’t intended to get people clamoring for a third Hulk movie with a third actor — but that’s actually what might have happened. Apparently, while Guillermo Del Toro plans a TV adaptation of The Hulk, a big-budget feature film might follow in 2015.

And all thanks to a slew of angry commenters. See? They can serve a purpose!

P.S. If you want to thank Mark Ruffalo back or feel guilty about doubting his ability to play Bruce Banner and the Hulk, I suggest a trip over to WaterDefense.org, which will provide you a lot of information on the actor’s other passion, campaigning against fracking and for alternatives to natural gas drilling. So yes, find out what the other meaning of “fracking” is.