Mark Hamill is Returning to The Flash For Season Two

After a photo was leaked on Saturday revealing Mark Hamill on the set of The Flash, the live-action and voiceover actor confirmed he’ll be returning to the show for its second season.

Supposed to keep my return to @CW_TheFlash secret but never refuse a selfie request. Does "oops" count as an excuse? https://t.co/VIFsvGweD5

It sounds like this wasn’t technically supposed to be announced yet (uh oh), but since the cat’s already out of the bag, there’s no point in hiding it—especially since the photo itself literally reveals Hamill in costume as the Trickster standing in front of a prison set. 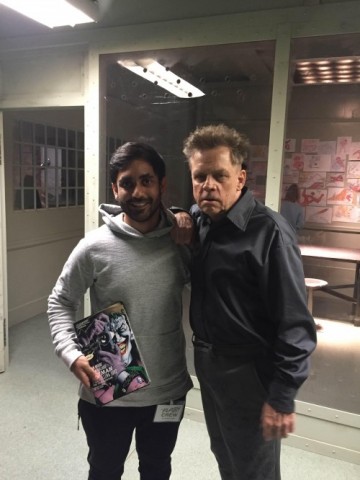 Never mind that there’s one wall dedicated to drawings that depict The Flash suffering all sorts of gruesome injuries. It looks like the Trickster has definitely developed an obsession with the infamous speedster.

Hamill originated the role of the Trickster in the 90s version of The Flash and reprised the character in an episode on the CW show that aired March 31st of this year, in which he caused more than his fair share of trouble.

So far there’s no word on when this new episode will air. Are you looking forward to the Trickster’s return?