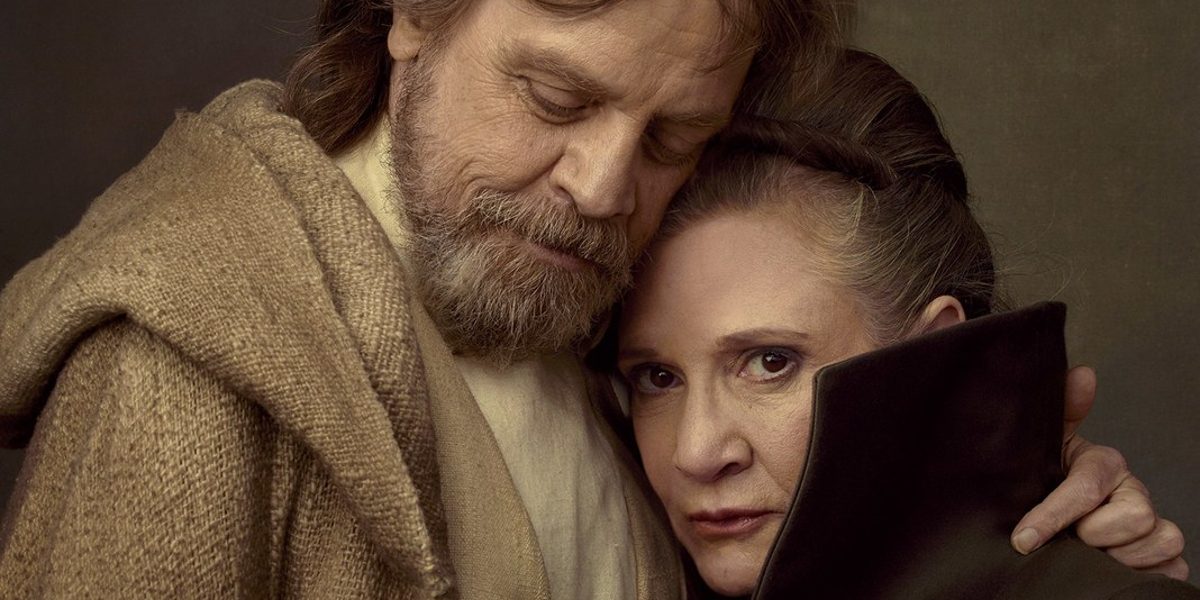 Leia Organa is a character that has meant the absolute world to me since I first saw Star Wars as a child. A woman who wasn’t afraid of wearing a dress and kicking ass, there was something about her that I loved with my whole heart. Years later, I’d discover that I’m more of a Carrie Fisher than I am a Leia Organa, but that love would never wane.

What it meant, though, is that I would defend Leia with all my might, including when people would laugh at the idea of Leia being the hero in A New Hope. When we first meet Leia, she’s captured by Darth Vader, tortured, and forced to watch her planet get destroyed, and yet when Luke Skywalker comes to “save her,” she’s casual and relaxing, as if it isn’t a bother to her.

In fact, when she starts to follow Luke and Han to try to get back to the Falcon, it’s Leia who gets them out of the way of the Stormtroopers because, otherwise, they would have been shot and killed right then and there.

Mark Hamill (Luke Skywalker himself) wants to make one thing clear: without Leia, Star Wars would have been just that quick little beginning part of A New Hope and that’s that.

I think Luke & Han are lucky Leia took over their “rescue” on the Death Star or it would’ve been a very short movie. https://t.co/GFauW2LBEE

While being the good human being he is, Hamill was trying to tell a young fan that Star Wars is for everyone, not just “boys.” It’s a mindset that has permeated the Star Wars fandom for years, resulting in many fans (myself included) being laughed at when we point out that Leia saved both Han and Luke on the Death Star.

So, to see Mark Hamill take to Twitter to share that same thought? It hit me in a way I didn’t expect (meaning I cried) because finally, it wasn’t just fans of Leia screaming into the void. Luke Skywalker himself is on our side and agrees that Luke Skywalker and Han Solo needed Leia Organa to succeed.

For me, Leia has always been this hero that I never could aspire to be. I loved her because she was always willing to do the necessary thing to see the imperial reign end. Much like Carrie Fisher herself, she didn’t like the man who put himself before the needs of the many. (Please go back and look at how much Carrie Fisher hated Donald Trump. I miss her tweets about him).

But there’s just something so heartwarming about seeing Mark Hamill express something that many of us have been saying for years. I guess, in a way, it makes me not feel like I’m yelling at a brick wall. Being a female fan of Star Wars, unfortunately, has not been easy. We’re often quizzed or told we’re wrong about something we’re right about (I’ll never forget when someone told me that I was wrong and Han Solo wasn’t Corellian, when he … wears a Corellian blood stripe), and to see Mark Hamill siding with those of us who call Leia a hero? It makes me proud to be his fan.

I miss Leia and Carrie Fisher more and more each day, but I know she’d retweet Mark with some emojis that said something like “fucking right she did,” and that’s why I love her.