Yup, still going to give me nightmares.

The prospect of a Don Mancini-less Child’s Play has left many horror fans cold. After all, how do you reboot one of cinema’s scariest dolls without the man who created him? A good start is hiring one of the best voice actors of all time to voice the evil munchkin: geek icon Mark Hamill. The veteran voice actor (and forever Luke Skywalker) took to Twitter to share the first image of Chucky:

Hamill’s casting has caught the attention of fans, and with good reason. His performance as the Joker in Batman: The Animated Series was easily the best vocal performance of the Clown Prince of Crime of all time. Hamill was so popular in the role that he went on to reprise it several spin-off series, video games, and animated films. It only makes sense that the voice behind Batman’s greatest foe is now taking on another iconic villain.

As for the new Chucky design, it shares some obvious similarities with the original doll: the striped shirt and overalls, the red hair, the freckles. But Chucky 2.0 features a disarming smoothness and glowing red eyes, which is a marked distinction from the rubbery old Chucky. The new Chucky lacks the low-rent janky-ness of the original, but that’s due to the story.

While the original Chucky was powered by the soul of a dying serial killer, the new version is a high-tech smart toy powered by the evils of technology. This particular Chucky doll goes bad after a Chinese factory worker removes its pre-set limits on violence, before dying by suicide. Which begs the question: what were Chucky 2.0’s acceptable levels of violence?! Or was it a classic switch flip from good to evil? 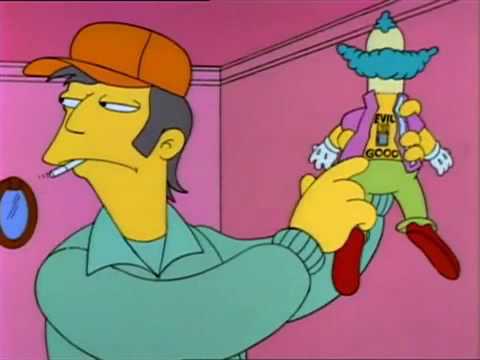 The re-programmed doll finds its way into the hands of Karen (Aubrey Plaza) a single mom working at a superstore who brings home a recalled Chucky for her son because she can’t afford a gift. Maybe next time just make one of those I.O.U. coupon books for free hugs? The reboot was written by Tyler Burton Smith (Quantum Break) and directed by Lars Klevberg (Polaroid). It is also being produced by David Katzenberg and Seth Grahame-Smith, the creative team behind Stephen King’s It reboot.

What do you think of Chucky’s new look? Does Hamill’s casting make you want to see the film?