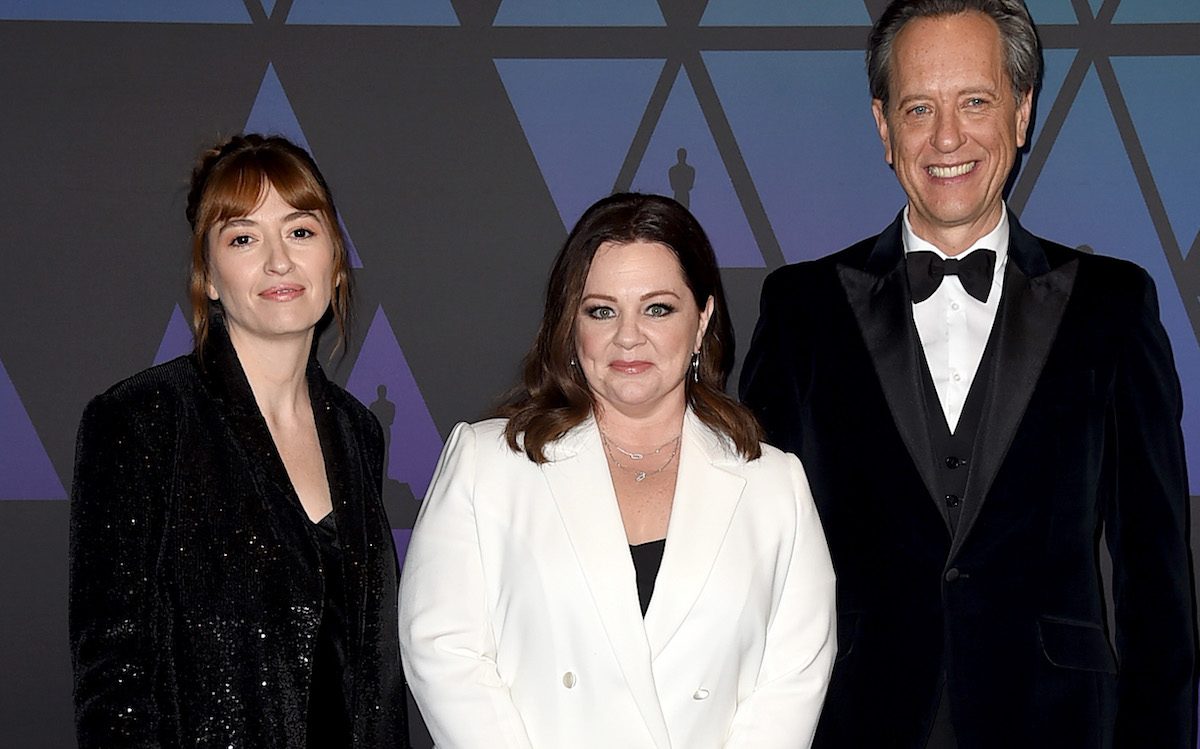 We’re officially into Awards Season, which means we all get to hold tightly to our own chosen favorites, celebrating wins and seething over snubs. If we’re being honest, the latter can be just as satisfying as the former, as what would an awards season be without being able to nurse a feeling of unappreciated superiority?

Maybe you’re mad that A Star Is Born got shut out of the Golden Globes. Maybe you’re still angry that Widows isn’t getting enough attention. For me, I want to see Can You Ever Forgive Me? get the love it deserves from audiences and awards entities. Reviews of the movie are great and Richard E. Grant has (deservedly) received some nods for his supporting role, but overall, the movie should be a bigger thing.

My feeling that this movie isn’t getting the praise it deserves only increased after reading a story in the LA Times about a Golden Globes afterparty where the film’s director, Marielle Heller, got snubbed.

The line for the InStyle/Warner Bros. party was more than 30 minutes long, and hardly anyone was getting preferential treatment. Director Marielle Heller checked in at the desk, and the attendant told her he loved her film, “Can You Ever Forgive Me?”

“Oh, thanks,” she replied. “That’s the nicest thing anyone has said to me all night. I feel like everyone’s, like, ‘Marielle who?'”

She got in line and within minutes, one of the stars of her film, Richard E. Grant, was ushered past. “Wait,” he told a guard, “she’s the director of my film. She must come with me.”

But the guard wouldn’t let Heller jump the rope, so Grant insisted he would stand in line with her in solidarity. She was moved by his kindness, but they decided the snobbery was too much altogether and bailed on the bash.

Richard E. Grant apparently also spent a good chunk of his acceptance speech at the New York Film Critics Circle awards this weekend talking about how great Heller is and what a crime it is that she isn’t being recognized for her work.

also last night at an awards show richard e. grant spent much of his speech talking about marielle heller and how she hasn’t been nominated for best director for anything and how insane that ishttps://t.co/gbsQRA90Fr

Now, I don’t blame an afterparty bouncer for not recognizing Heller. She’s a relative newcomer to industry success, having directed Diary of a Teenage Girl in 2015 and episodes of Casual and Transparent before this quiet indie should-be darling. But it’s hard not to immediately think of all the male directors who become overnight superstars over movies far inferior to this one. Lee Israel’s story is a fascinating one, but the beauty of Can You Ever Forgive Me? is distinctly due to Heller’s work.

Heller has a number of projects lined up that will hopefully skyrocket her into the superstardom and giant paychecks she deserves. She’s directing the upcoming Fred Rogers biopic starring Tom Hanks, and after that, is attached to direct and write an adaptation of the documentary The Case Against 8 and a fantastical romance about a remarried widow having to choose her afterlife partner, starring Daisy Ridley.

So hopefully this will be the last year that Marielle Heller has to wait in line for a party.