Why Maria Hill Should Be the One Heading Up S.H.I.E.L.D. | The Mary Sue

Why Maria Hill Should Be the One Heading Up S.H.I.E.L.D. 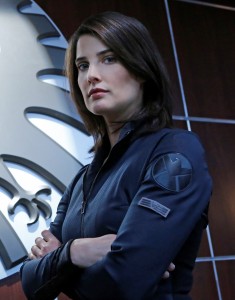 Spoilers for Agents of S.H.I.E.L.D. ahead!

From all we’ve seen of S.H.I.E.L.D. in Agents of S.H.I.E.L.D. and, to a lesser extent, the theatrical MCU, it’s become apparent that things don’t always go as planned for the Strategic Homeland Intervention and Enforcement Logistics Division. Aside from the obvious—the whole HYDRA infiltration comes to mind—the organization’s leadership continues to make questionable decisions logically and morally; as a result, many agents and civilians have lost their lives. Though it hurts to admit it, a lot of the issues that arise within S.H.I.E.L.D. trace back to Phil Coulson (who is, and always has been, played beautifully by Clark Gregg, and obviously, no one should blame Gregg for his character’s flaws). Considering the evidence, you can’t help wondering if S.H.I.E.L.D. would be in better shape with someone different at the helm.

To say Coulson is staggeringly incompetent wouldn’t be fair. It’s more accurate to say his directorial decisions are based on emotion rather than what’s best for the world. Time and again throughout the three seasons of AoS, he’s made calls that put hundreds of people at risk simply because he wanted to protect his own, chiefly his surrogate daughter Skye/Daisy Johnson. What Coulson’s never fully understood is that, while he does help some team members survive, they don’t necessarily need his help. Daisy is an inhuman with incredible power. Melinda May’s combat and infiltration skills are unparalleled. Fitz and Simmons are smart and have become strong and more than capable of holding their own in the field, and Mack wields a shotgun axe. They do OK with or without Coulson, and the man at the top could benefit from realizing it.

The truly unfortunate thing is there is someone in the MCU who could, and would, understand that—who would work less as a “What I say goes” leader and more as a team player who allowed each agent to use their individual strengths, but she’s never had the chance. Now that it’s been heavily implied in the AoS finale that Coulson is no longer director of S.H.I.E.L.D., it’s high time she did. The identity of this prospective director should be obvious by now: Maria Hill, the director S.H.I.E.L.D. deserves and, to misquote Commissioner Gordon in The Dark Knight (apologies for crossing universes), the one it needs right now. 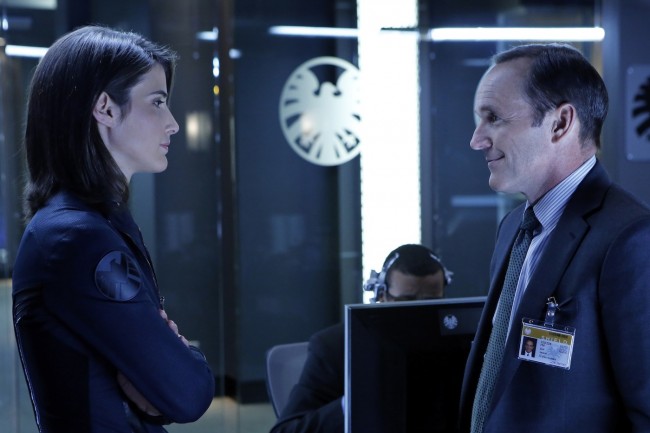 MCU-wise, audiences were introduced to Maria Hill in The Avengers and got glimpses of her in Captain America: The Winter Soldier and The Avengers: Age of Ultron. She’s also been on AoS, but not frequently. That could be due to scheduling conflicts for Cobie Smulders, who portrays Hill, but there are also two plot elements at work here: when Nick Fury vacated his position as director, he gave it to Coulson despite Hill being next in line for the job, and Hill has at least some level of responsibility at the Avengers training facility, where she coaches up-and-coming superheroes. (Granted, now that the Avengers have fractured, there may be less training going on.) Hill’s always been cast in a positive light when she’s onscreen; she just isn’t there that often, and given how adeptly Smulders handles the role, that’s a shame.

Now, Coulson’s promotion didn’t make that much sense to begin with. At the time of his appointment, he was still recovering from his resurrection, having developed the habit of obsessively carving archaic Kree symbols. He was still emotionally unstable, and it didn’t go unrecognized. Cooler heads (usually) prevailed, as is often the case on AoS—when Coulson slips up, his team picks up the slack, and that’s fine. They’re capable agents, but how much easier would it make it for May, Mack, and the others if the person calling the shots didn’t allow their emotions to get in the way of missions? We’re well aware that Hill was able to keep her composure when high-ranking agent Clint Barton temporarily turned against S.H.I.E.L.D. and even when S.H.I.E.L.D. fell to HYDRA. She’s loyal to those within S.H.I.E.L.D. she trusts but unafraid to speak her mind when she feels something is awry. She’s kept secrets she thought worth keeping, she’s made calls that were tough and not cracked under pressure, and she’s maintained civil, even friendly relationships with her subordinates while still establishing herself as an authority figure. Stacking her resume—and even her job title—against Coulson’s, it’s clear who’s the better leader.

Since the directorial position is (probably) open, isn’t it high time Hill takes it? Agents of S.H.I.E.L.D. has always been better than the rest of the MCU at putting women in prominent roles, but the highest-ranking people in both S.H.I.E.L.D. and HYDRA have always been men, and usually white men at that. That makes sense in HYDRA’s case, but not as much for S.H.I.E.L.D., where agents like May and Bobbi Morse rise to the top and younger women including Daisy and Simmons get multiple chances to prove themselves in the field. Hill’s appointment could start a new trend in how Marvel develops the power structures within its movies and TV shows. It could even attract new viewers, given how well loved Hill is within fandom and outside it. Gregg’s Coulson, despite his faults, has plenty of everyman appeal, but Hill is as charismatic as she is competent, a magnetic presence every time Smulders graces the screen. (Plus, she’s still willing to hang out with Hawkeye after he tried to kill her. That has to count for something.)

It’d be a no-lose situation for AoS to get a regular like Smulders on board. They’ve already done an admirable job collecting long-term guest stars, but they’ve made even more of an effort to discard them; Lucy Lawless was squandered, Edward James Olmos wasn’t around for nearly long enough, and Kyle MacLachlan deserved his own spinoff. (I for one would absolutely watch a show about his veterinary clinic.) In addition to the narrative strength Hill’s appointment would give to the show, it’d build up goodwill among viewers new and old to see an MCU mainstay onscreen.

If, when season four of AoS premieres, it turns out the implication of the new director was a fake-out, it won’t come as a huge shock. AoS has a way of occasionally relying too heavily on surprises and misdirects, but if it were genuine—and if the show gets it right—then we’ll have Maria Hill at the helm of S.H.I.E.L.D., facing down otherworldly threats, working around the pesky oversight of the U.S. government, and staying eminently watchable all the while.

Christy Admiraal lives in Manhattan, where she works as a copywriter and editor. She enjoys comedy podcasts, graphic t-shirts, inserting her cats’ names into popular song lyrics, and tweeting an excessive amount@AdmiralChristy.

Agents of S.H.I.E.L.D.contributorwomen in film