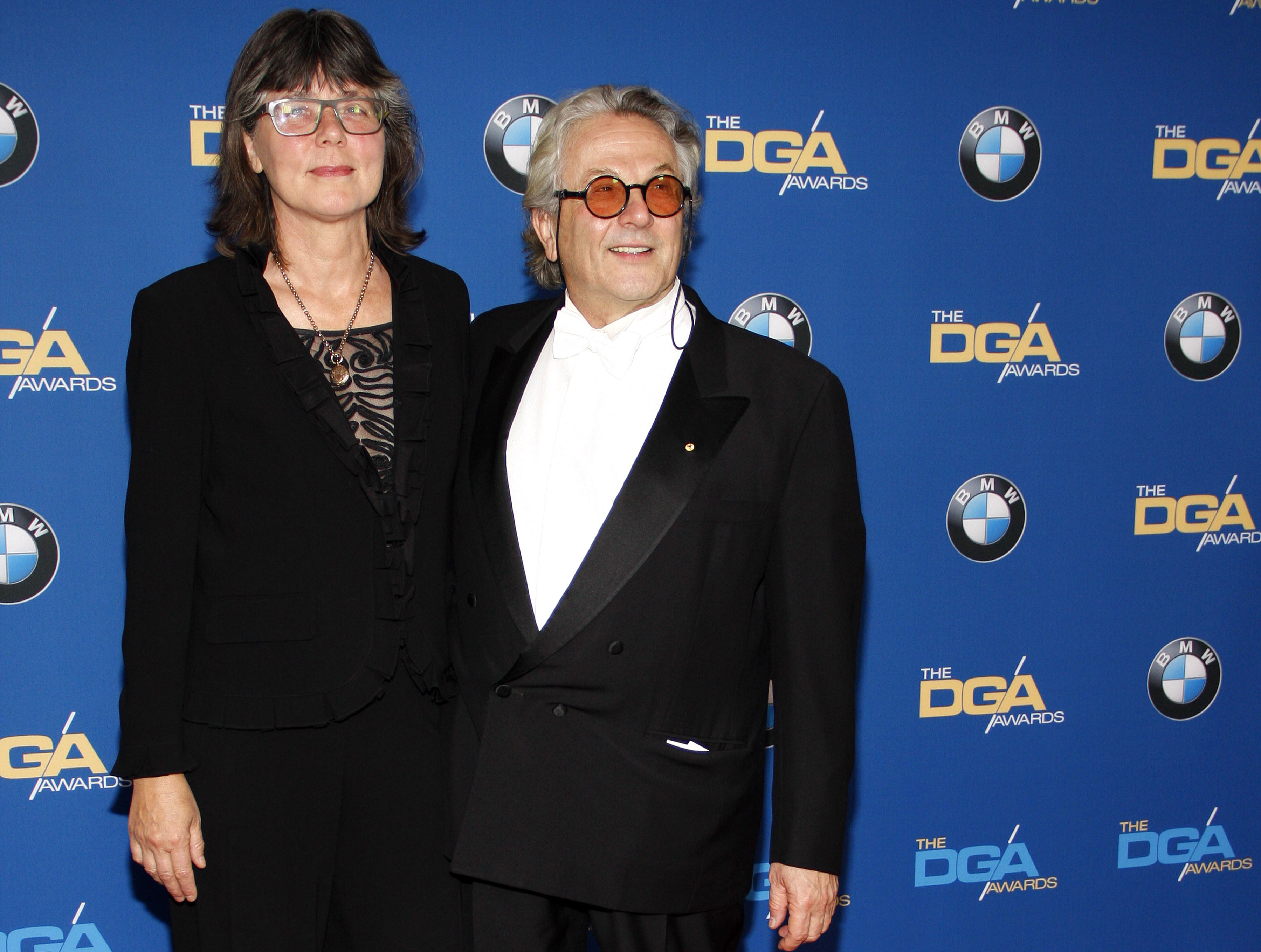 Last night Margaret Sixel took home an incredibly well-deserved Academy Award for Best Film Editing for Mad Max: Fury Road. Sixel has already won a lot of hardware for her work on the movie, including Best Edited Feature Film (Dramatic) at the American Cinema Editors’ Eddies, and she’s also known for editing Babe: Pig in the City and Happy Feet (the spiritual predecessors to Fury Road). Additionally, she’s George Miller’s wife, a fact that I am delighted was not belabored at all during last night’s Awards broadcast.

In the wake of Sixel riding triumphant on the awards circuit, a quote of George Miller’s from 2015 about why he wanted to work with a female editor for Fury Road has been making the rounds again. Last May, The Huffington Post wrote:

“It’s like a massive Rubik’s Cube, this movie,” admits Miller, who gave the daunting task of editing 480 hours of footage — that would run for three weeks if played uninterrupted from a 135 multiple-camera shoot — to his wife. A product of Australia’s Film School, Margaret Sixel initially turned her husband down, asking, “why do you want me to do an action film?” George’s eyes dance as he repeats his reply triumphantly. “Because if a guy did it, it would look like every other action movie.” He elaborates. “In the old days, you had a very short time to get your crew out of there — the guy who starts the explosion has to get out of the explosion. Now we leave the cameras on. They have a chip that runs 40 minutes. You might only get three seconds of footage. There were massive amounts of footage. Margaret had to find two hours to make it work. Mad Max 2 had 1200 cuts. This has 2700 — and it’s not much longer. She’s got a low boredom threshold and she’s a big problem solver.”

Sixel was quoted in the same article as saying, “I haven’t gone out for almost three years. I’ve been sitting in a room. It’s the least glamorous side of the industry […] My boys were very into the film and supportive. If they saw me stressed they’d say, “Mum, you are the only mother in the world cutting an action film. Do you know how many people want your job?”

I think it’s bad-ass that Miller turned to a female editor for Fury Road–and I especially love the reasons he cites for why Sixel was the right person for the job.

Often, when male directors describe their collaborations with female editors, they mention that women are less inclined to prioritize their ego over the final product than a male editor might be. Martin Scorsese once praised his longtime editor Thelma Schoonmaker, saying “Filmmaking is a collaboration. People have to learn how to deal with their own egos and work as partners. And I think women are probably better at that [than men].” Similarly,  Quentin Tarantino said of why he worked with his late, great editor Sally Menke: “I wanted a female, because I felt a female editor would be more nurturing. To the movie, and to me. Wouldn’t be trying to win their way, just to win their way. Wouldn’t be trying to shove their agenda or win their battles with me. They would be nurturing me through this process.”

I think Scorsese and Tarantino are right–women are sometimes (but not always) more nurturing and deferential than our male peers. That’s not an inherent trait, of course; it’s the result of teaching girls from a young age to be accommodating people-pleasers, particularly when the person in question is a man.

But although I’m really appreciative of Scorsese and Tarantino’s vocal and well-documented appreciation for their respective editors, I also would love to see female editors praised more frequently for being decisive, firm, brilliant, and so on. In order to edit at such an extraordinarily high level as Schoonmaker does and Menke did, you have to possess those qualities, but I think women are commended for them less often than men because those are not considered to be traditionally feminine attributes. That’s not to say Scorsese and Tarantino never talked up those qualities in their collaborators, of course–just that I think it’s telling how often female editors specifically are praised for being nurturing, patient, etc.

That’s one of the many reasons I love that George Miller quote, and appreciate that it’s circulating again in light of Sixel’s win: he doesn’t praise his editor for a traditionally womanly trait; he says she’s a tireless problem solver. It’s nice to see a female editor being praised for more than her ability to put up with a male director’s shit. Women are incredible editors both because and in spite of the qualities the patriarchy expects of us–and we’ve got the shiny, chrome hardware to prove it.