The Internet Mapped as Manhattan Neighborhoods 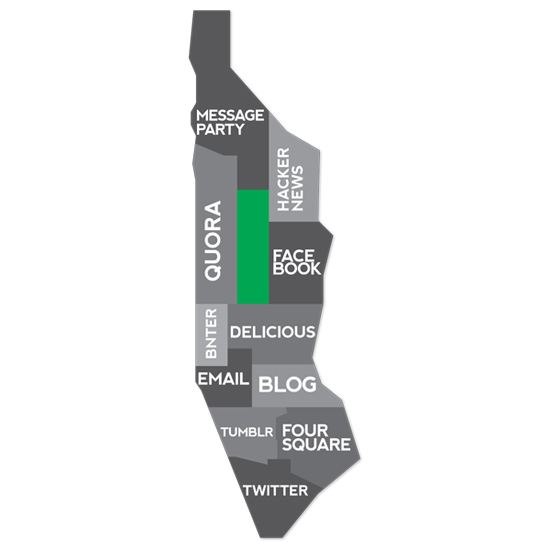 Amanda Peyton, the creator of social messaging service MessageParty, has posted this intriguing image of the web, re-imagined as neighborhoods of Manhattan. She took her inspiration, she says, from the East Coast origins of many of the services, along with what she sees as a New Yorks mindset to services like Twitter.  On her blog, Peyton discusses her reasoning behind the placement:

Tumblr + West Village and Meatpacking: Coolness to a fault

Email + Chelsea and Times Square: Large, unmanageable, swelling, but ultimately the pulse of everything

Facebook + Upper East Side: The center of the “establishment”

The full list can be found on her site, but it leaves one question unanswered: what is Central Park? In my mind, the beautiful and massive anchor to the city could be Google, or some other essential service. Readers, what do you think?