Lasers Project Nelson Mandela’s Face on a Mountain in Tribute 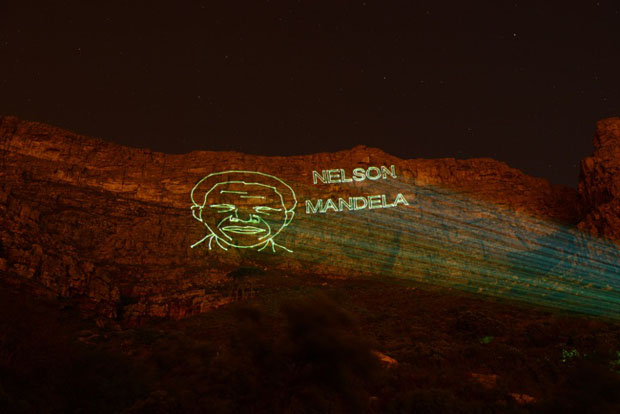 Lasers will project the image of the late Nelson Mandela onto the side of Table Mountain in Cape Town, South Africa every night until December 16th as a memorial for the country’s former president. The mountain was reportedly an iconic image for Mandela while he was in prison.

The laser show is courtesy of the Western Cape provincial government, which will project the image from dusk until midnight each night. A statement by the government said of Table Mountain and Mandela:

While the apartheid authorities tried to break the spirit of Robben Island prisoners, Madiba and his fellow freedom fighters were inspired by one of the Cape’s iconic natural wonders to resist those attempts.

It’s not known if there are any plans for a Tupac-style hologram of Mandela to appear any time soon, but we’re guessing there probably aren’t.

(via BD Live, image via GovernmentZA)