We cordially invite you to get a grip. 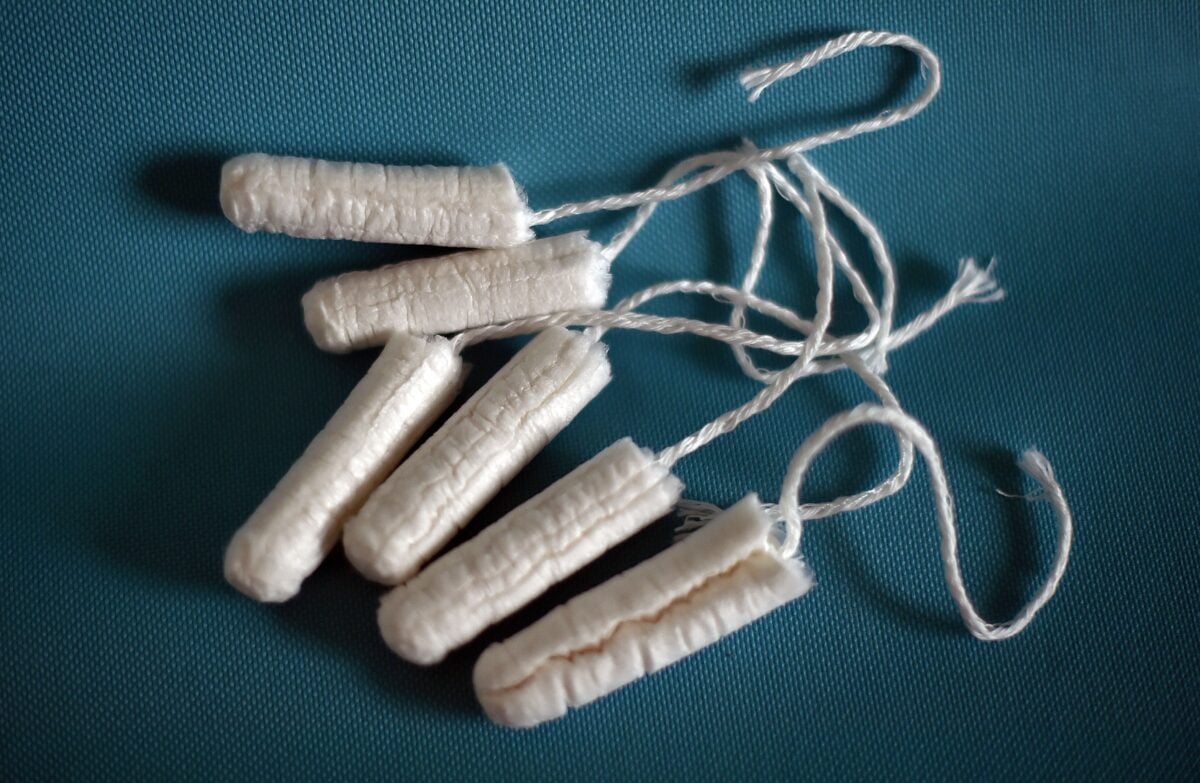 We are mere hours into 2021, but have no fear: a man on the internet already has opinions! British blowhard and Piers Morgan minus Adam Garrie has taken to Twitter to call out an obscene image. Is it gratuitous violence? No. Is it pornography? Guess again. Is it (gasp) a nipple?! Perish the thought.

Nope, the image that Garrie took umbrage with was a tampon. And not even a real tampon, an illustration of one! A singular white unused tampon was enough to send Mr. Garrie calling for the censors:

Good policy but is this obscene image really necessary? https://t.co/LMqTABtESd

Garrie was responding to a tweet from the UK government’s treasury, which celebrates the abolishment of the tampon tax. It’s a political movement gaining steam around the world, as men are slowly coming to the realization that menstrual products are essential items, not luxury purchases. Ah yes, the luxury of not bleeding through your pants for 5 days every month. The opulence of shoving a dry wad of cotton up your vagina! What a lavish treat! Oh how we women are spoiled.

In a bizarre online rant, Garrie exclaimed that the image was obscene due to the “implication of bodily fluids” and the “particular curvature” of said tampon. Hmm, I wonder if he’d have the same objections to an image of toilet paper? How about the poop emoji? As for the curvature of the TAMPON STRING … well, add it to the endless list of curved objects that clearly represent womanhood. An orange? A girl. A basketball? A lady. A wheel? Basically a rolling vagina.

Garrie’s deranged tweet was seconded by fellow men who are terrified of menstruation in this, the year of our lord 2021. It was also lambasted by women from across the globe who are frankly, sick of their bullshit:

men are such children if you can’t handle looking at a tampon. it’s not even a real tampon.

imagine growing up to become a whole-ass adult and being this upset by an illustration of a tampon pic.twitter.com/1WTytUZpD4

If you find a drawing of a tampon obscene but have no problem looking at photos of toilet paper your concern is not public decency, it’s misogyny.

I think it is brave of @adamgarriereal to spend so much of his day tweeting about his favourite subjects: tampons, fluids, backsides and home design. I made these images in tribute. #TamponTax pic.twitter.com/JavLtSxqg7

I mean, Christ on a cracker, my dude. It’s just a drawing of a tampon. We cordially invite Garrie and his fellow brethren to take a seat and get a grip. After all, it’s only a tampon.

This is why we need comprehensive sex education … and way more women in elected office. Men are clearly too emotional and unstable to handle it.

All this tampon talk reminds me of my favourite TikTok pic.twitter.com/ZJ4muRoZrg