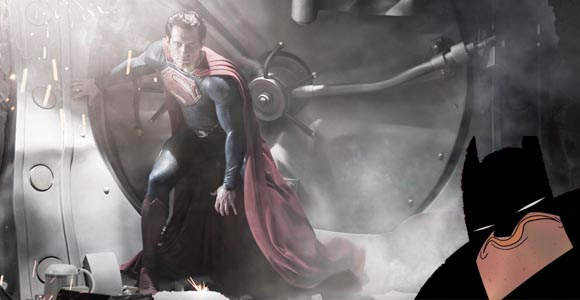 Come on, Batman. You just got three whole block buster movies. So Warner Bros. has confirmed that it’s definitely going to be playing with its Superman toys for a while: you still have to act polite when Clark comes over.

According to Deadline, “Warner Bros Pictures is fast-tracking the Superman reboot sequel with its successful twosome already in place: Zack Snyder reprising as director and David S. Goyer repeating as screenwriter.” There’s also some news out there about Goyer confirming that he’s working on a Justice League script, but it’s not particularly definite. In fact, I’ll just go ahead and say that this particular bit of tweeted hearsay from Latino Review is not something you should be arranging your schedule around, even if Goyer is contracted to write Justice League if Warner Bros. asks him to.

Deadline also says, and you should take this with another grain of salt, that Christopher Nolan will have less of a “full blown” role as producer for Man of Steel 2 or whatever they end up calling it. Which is too bad, because the possibility that Goyer and Nolan would have more of an effect on the film’s story than Snyder was pretty much the only reason I was interested in a Snyder-directed Man of Steel. Which is not to say I think Snyder is completely reprehensible, in fact, I think he’s great at making movies. I just think he’s terrible at telling stories, or at least, terrible at telling the stories he’s trying to tell, and not accidentally telling some other story. Then again, maybe Man of Steel will eradicated all of my apprehensions there. I genuinely hope it does because, frankly, I’d really like to watch a good Superman movie made in my lifetime.

Of course, some of you are probably thinking “yeah, well, they said they’d be making Green Lantern 2 just before Green Lantern came out and look what happened there.” Okay, maybe only I was thinking that, because you’re probably not an entertainment newsperson and so you don’t have the granularity to recall studio announcements about a horrible flop from two years ago. But they said it! But then again, today there are folks out there who can predict box office results with 94% accuracy weeks ahead, so maybe Warner Bros. is on to something here.