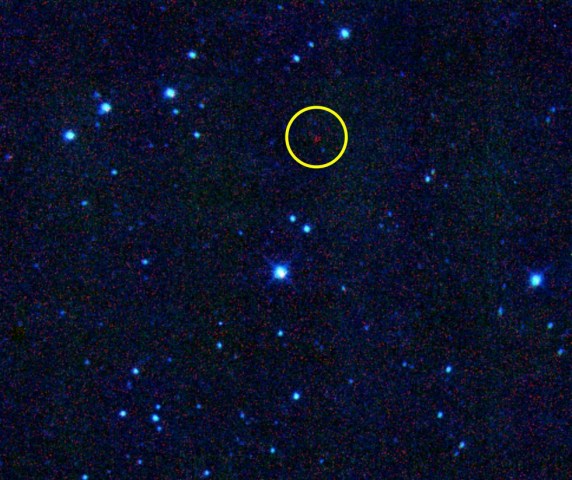 Today in super-smart ladies doing super-cool things for each other, NASA’s Amy Mainzer has named an asteroid she discovered after 17-year-old Nobel Prize winner and education activist Malala Yousafzai.

After finding The Asteroid Formerly Known As 316201 five years ago using a NEOWISE telescope, Mainzer had the right under International Astronomical Union guidelines to name her discovery. The asteroid now known as 316201 Malala (2010 ML48) lies in the Main Belt between Mars and Jupiter, is 2.5 miles in diameter, and completes a full orbit every five and a half years. 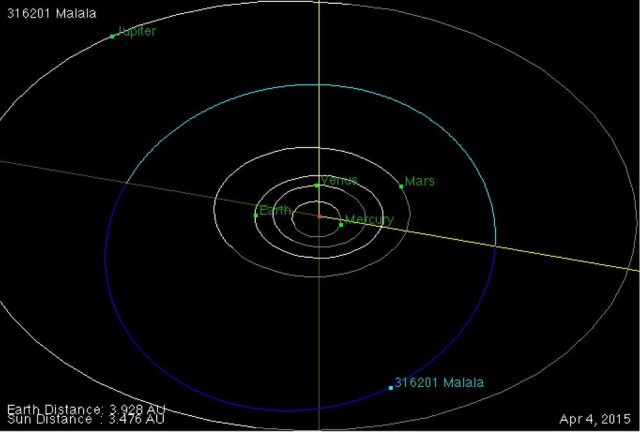 It is a great honor to be able to name an asteroid after Malala. My postdoctoral fellow Dr. Carrie Nugent brought to my attention the fact that although many asteroids have been named, very few have been named to honor the contributions of women (and particularly women of color).

[…] I’ve been an astronomer at JPL [NASA’s Jet Propulsion Laboratory] for about 10 years now, and it was my life’s dream to be a scientist.

My advice to young girls is that science and engineering are for everyone!

We desperately need the brainpower of all smart people to solve some of humanity’s most difficult problems, and we can’t afford to reject half the population’s. Plus, it is a wonderful feeling to learn about the world around you – it’s a job you will fall in love with each day.

Carrie and I read about Malala’s amazing story and thought that if anyone deserves to have an asteroid named after them, she does!