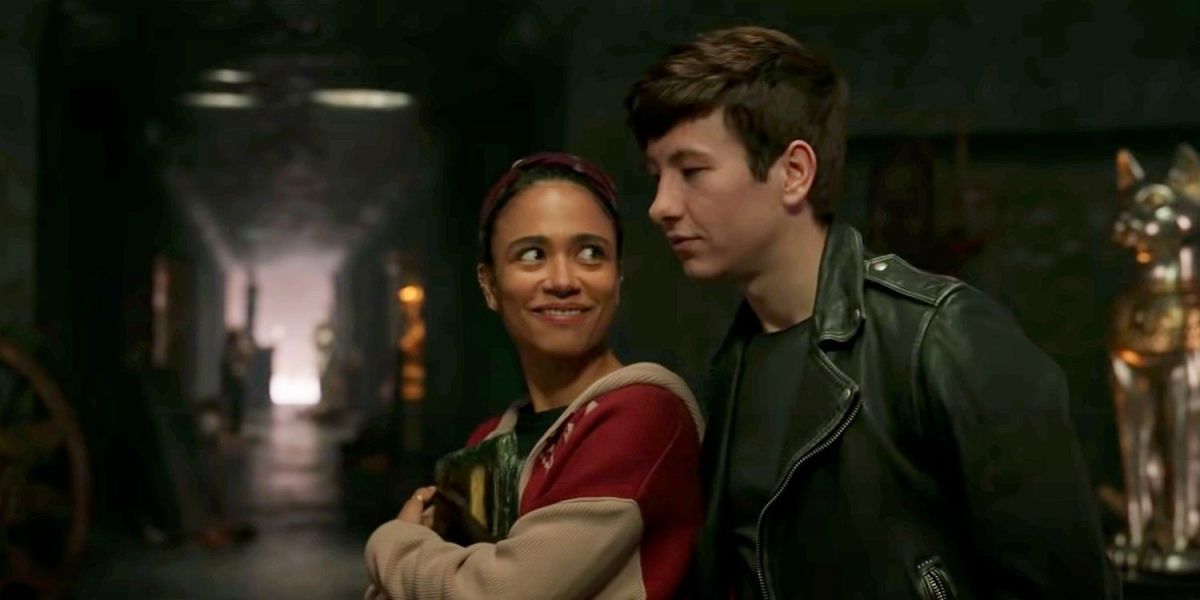 **Spoilers for Eternals lie within.**

Eternals brought us into the world of the titular beings who have been with the Marvel Cinematic Universe since the beginning of time. They were told to not intervene in human affairs unless Deviants were involved and, for the most part, the Eternals followed that rule to a T.

You know who struggled with it even though he still tried to do what he was told? Druig (Barry Keoghan). A character who could easily be a villain given his power, Druig hated watching as the human race fought and refused to have compassion for each other, and when the Eternals finished their “job,” he left to go live in the Amazon and basically be a cult leader, but still, Druig almost cares too much.

And you know who he cares about the most? His fellow Eternal Makkari. Makkari, played by actress Lauren Ridloff, has super speed and is the first deaf superhero in the Marvel Cinematic Universe. Throughout all their time on Earth, both Makkari and Druig have this flirtation with each other that results in them touching foreheads by the end of everything, and I honestly want nothing more in my life than to spend all of time flirting with someone if it is this hot.

Druig and Makkari in #Eternals pic.twitter.com/tUlmiQeXfW

There is a part of Eternals when Druig and Makkari meet up with each other after centuries apart, and when Druig walks up to her, he says, “Miss me?” while almost looming over her and signing it to her, and it has truly not left my brain since I saw it. Just a constant loop of Barry Keoghan standing close to Lauren Ridloff in a leather jacket.

The thing about them is just that it’s hot. Like, there isn’t another way to describe them. Druig is angry with the world, hiding away in the woods, and Makkari has trapped herself away on their ship to read and learn and exist on her own.

They’re different but similar, and for all of Druig’s angry moments, Makkari balances him out with her compassion and happiness, and I just feel like this is the first time in the Marvel Cinematic Universe that I want to read fanfiction about a ship? That I love them so much I want merch and fan art and I want to just watch everything and anything with the two of them involved.

They’re my hot punk couple, and I hope that the future of the Eternals means that I’ll get to see them smooch and fall in love and get married and protect the world and everything else under the sun. Because, somehow, a movie that featured Marvel’s first sex scene was overshadowed by two characters just simply touching foreheads, and I think we deserve all the Drukkari content in our life.