Even With Off-Camera Press Briefings, the White House Can’t Stop the Internet’s Memes 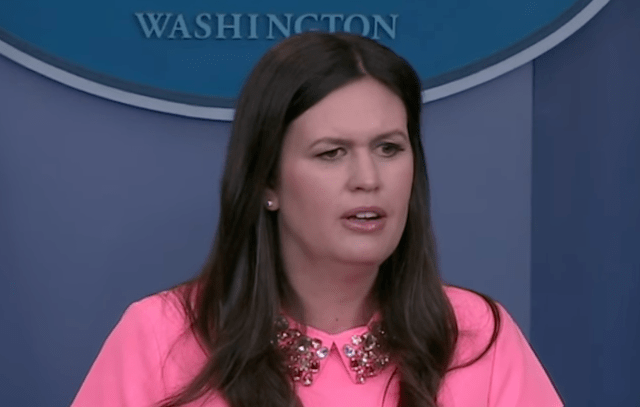 The White House press briefings have been happening off-camera for the last few weeks, after audio and video recording was banned. A lot of journalists and outlets, as well as news consumers, were outraged at the rapidly disappearing last shreds of transparency this administration may have still had in place. CNN went so far as to send a court room sketch artist to a briefing, seemingly to illustrate just how ludicrous the relationship between the White House and the press has become. It was funny, sure, but a lot of people wanted to know why these journalists weren’t simply refusing to follow the no-cameras rule. What would happen if they all just said no?

We may soon have an answer, as one outlet, The Pavlovic Today, broadcast audio of a briefing via Periscope.

In the meantime, the question still stands: why were cameras banned? It’s definitely a move to strip away all accountability, but does it also have anything to do with the White House being fed up with the level of mockery they sustain all day, every day? Do they think that if there’s no recording allowed, SNL won’t have any material next season, and Twitter won’t be able to make jokes? Do they think we’ll be forced to stop meme-ing them now?

So long as the White House keeps making up terrible names for things, and refusing to learn their lesson about using visual aids, the memes will never stop. Today’s proof: Trump has introduced the solution to all of our problems (I assume): MAGA-nomics. What is it, other than a silly name for what I’m sure is a terribly destructive economic plan? Sarah Huckabee Sanders brought out some utterly Photoshoppable posters to explain.

Good thing, too. How else would reporters ever understand these complex ideas?

Yeah, it didn’t take long for Twitter to notice.

#MAGAnomics = almost…. made in america pic.twitter.com/a5hm4RItC7

only #90skids will understand #MAGAnomics pic.twitter.com/dPvj7XWuvF