But Why, Though? Mae Whitman is Being Recast as the President’s Daughter in Independence Day 2

We can’t be consumed by our petty differences anymore. We will be united in our common interests. 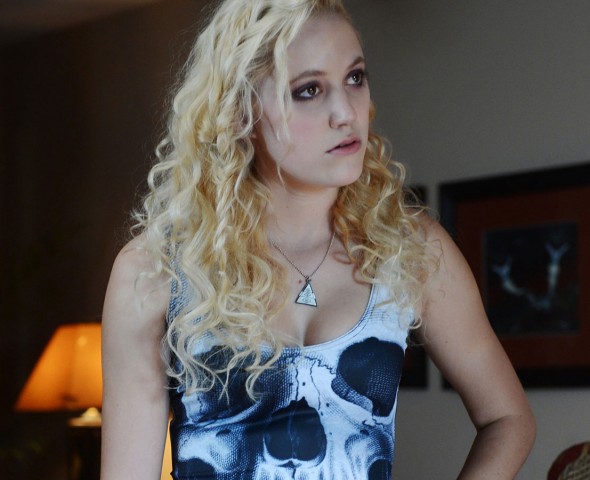 This will not stand.

First, allow us to congratulate Maika Monroe, the super cool actor we recently interviewed about her latest film, It Follows, plus her work in The Guest opposite Downton Abbey‘s Dan Stevens. She’s the top choice to play the President’s (a returning Bill Pullman) daughter in Independence Day 2. The Hollywood Reporter writes:

If a deal goes through, Monroe will play the daughter of the president of the United States, played by Pullman. She also would be the love interest of Hemsworth’s character.

The role was highly sought-after and required several rounds of testing. Monroe beat out several other actresses for the part, including Lucy Boynton, Merritt Patterson, Gabriella Wilde and Britt Robertson.

Unless the President wound up having another daughter and Mae Whitman (who played daughter Patricia Whitmore in the first film) is currently the President of the Moon/TIE fighter pilot, that means she (unlike so many others) will not be reprising her role from the original Independence Day. And it doesn’t even seem like she was considered either.

That being said, creators of Independence Day 2…

I mean, come on. How dare you. Look at this amazing angel you are choosing to pass up.

Whiteman has been made aware of the fact on Twitter and responded in adorable Whitman fashion along with fans. 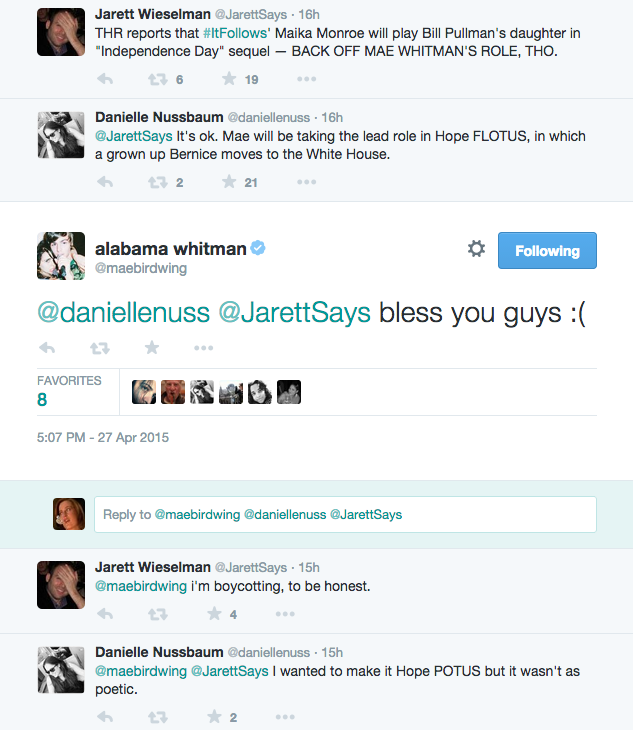 Look what you have wrought.