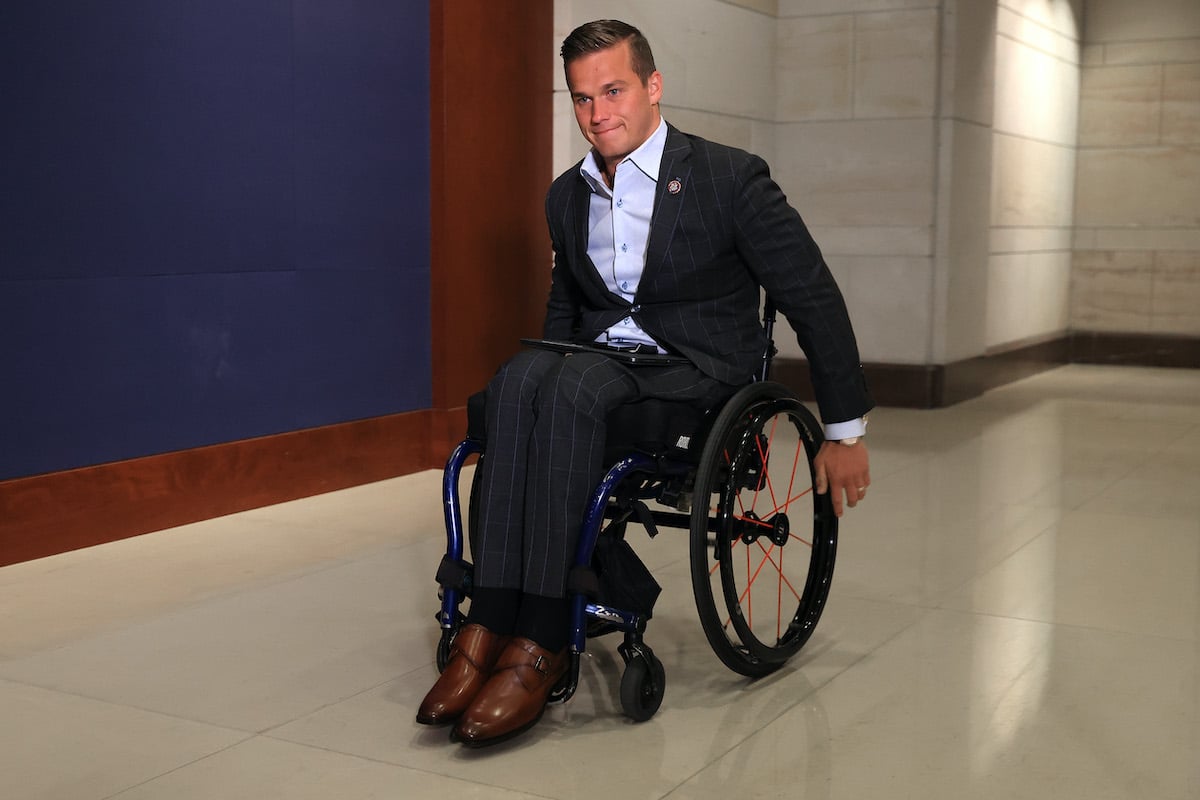 Republican Rep. Madison Cawthorn is probably best known for filming himself beating up a tree and also for allegedly harassing a TON of women in college. But the 25-year-old North Carolina Congressman is working to make a name for himself outside of all that by pandering hard to the insurrectionist crowd.

At a GOP event in Macon County this weekend, Cawthorn baselessly claimed that the 2020 presidential election was “rigged,” that “bloodshed” is an inevitable consequence of that (nonexistent) election fraud, and that those who were arrested for participating in the January 6 Capitol riot are “political hostages” and “political prisoners.” He suggested their supporters try to “bust them out” of jail.

At Macon County GOP event yesterday, Madison Cawthorn called January 6 rioters “political hostages,” and spoke of trying to “bust them out.” Then-
Attendee: “When are you gonna call us to Washington again?”
Cawthorn: “We are actively working on that one.”pic.twitter.com/hN96kswnNt

Cawthorn repeatedly made comments sympathizing with and full-on encouraging the urge to engage in violence over Joe Biden’s election.

“The things that we are wanting to fight for, it doesn’t matter if our votes don’t count,” Cawthorn said. “Because, you know, if our election systems continue to be rigged and continue to be stolen, then it’s going to lead to one place—and it’s bloodshed.”

He also told the crowd: “I will tell you, as much as I am willing to defend our liberty at all costs, there is nothing that I would dread doing more than having to pick up arms against a fellow American. And the way that we can have recourse against that is if we all passionately demand that we have election security in all 50 states.”

A rep for Cawthorn had the gall to claim that he was not advocating for violence with those statements.

“In his comments, Congressman Cawthorn is CLEARLY advocating for violence not to occur over election integrity questions,” that spokesperson told the Washington Post. “He fears others would erroneously choose that route and strongly states that election integrity issues should be resolved peacefully and never through violence.”

That’s ridiculous. Cawthorn CLEARLY told the crowd that the only way not to have “bloodshed” or to have to “pick up arms against a fellow American” is to make sure Democrats don’t “steal” elections–a thing that is already not happening. But by centering this nonexistent and therefore unfixable problem, he’s condoning all possible solutions, including and even especially violence.

At one point, a supporter in the crowd asked Cawthorn when he was “gonna call us to Washington again?”

In addition to condoning violence against “fellow Americans,” Cawthorn also made what sounded like overt threats to the President and VP. (Which he of course denied.) The Post writes:

Cawthorn told the crowd, “I will remove Joe Biden from office, and then, when Kamala Harris inevitably screws up, we will take them down, one at a time.”

Asked about Cawthorn’s use of the phrase “take them down,” Ball said the lawmaker was referring to the 25th Amendment process.

The video of Cawthorn’s speech was posted to the Macon County GOP Facebook page but has since been removed, presumably for any number of violations of the platform’s terms of service. (Misinformation, inciting violence, take your pick.)