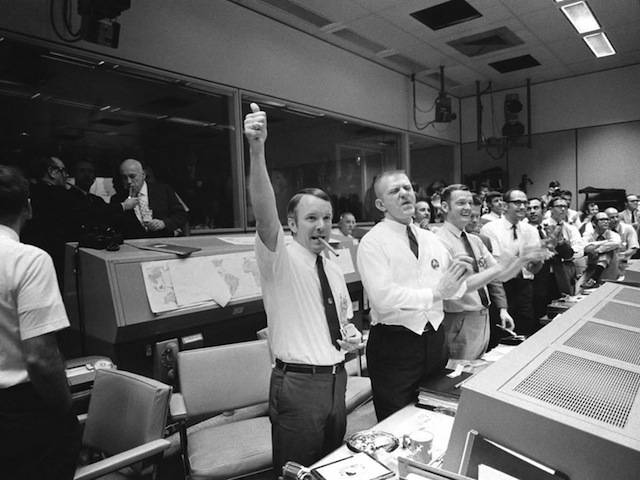 The Golden Age of space exploration could get a lot sexier if the minds behind Mad Men have anything to say about it. Reports surfaced this week that writers from the acclaimed AMC drama are scouting locations along Florida’s Space Coast for a show centered around NASA during the 1960s, the glory days of the Apollo program.

The show is just a pitch right now, but I for one am holding out hope that it turns into reality. Though I’ve let my viewing languish and am thus a couple of seasons behind, I really dug Mad Men,and thus totally dig the idea of Mad Men in Space, because “X in space > X.” (For example, Star Wars > The Hidden Fortress)

I do wonder, though, if there’s enough material to sustain multiple seasons of a show. Just from the costuming standpoint that’s so important to Mad Men, there’s only so much one can do with a legion of white men in glasses, white shirts, and dark ties. If the narrative pace dictates that they spend a chunk of every show discussing orbital trajectories and trying to overcome office politics and existential ennui on top of that…I don’t know, folks. I feel like I’m pretty close to a key demographic for this show, and I’m snoozing just at the thought.

To prevent me from falling asleep, though, word is the show will look at not only the lives of astronauts and mission controllers, but follow the journalists covering them as well, a facet which promises to nicely cover the “sleazy behavior” and “alcoholism” aspects that make Mad Men so dang watchable. Journalism, space exploration, and no doubt beautiful and lovingly crafted set pieces? It’s like you plucked this show from my still-dreaming brain. Everybody hold a good thought with me that this happens, because it sounds kind of amazing.