MAD Premieres on Cartoon Network This Monday, Yeah That MAD 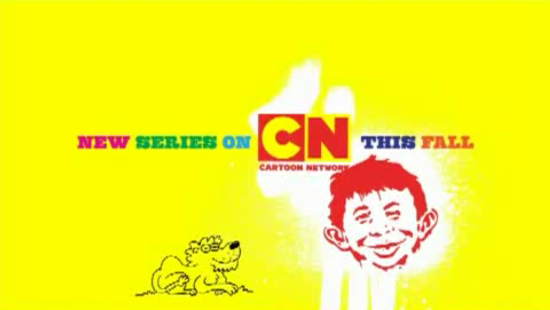 This Monday Cartoon Network will debut a new fifteen minute show featuring such segments as CSiCarly, 2010 Dalmations, Batman Family Feud, and, yes, Spy vs. Spy.  Though the use of the MAD Magazine satiric philosophy and name for a cartoon show seems like it should have happened a while ago, but apparently the license was tied up in MADtv.  However, the live action show aired its last episode in 2009, and so it is obviously time for a new television interpretation of the historic humor publication.

From the LA Times interview with the show’s producers, who between the two of them had hands in Robot Chicken, Crank Yankers, and our personal nostalgia trigger, KaBlam!:

On keeping the old MAD classics:

Kevin Shinick: Really, if you’re going to try and duplicate or capture the flavor of Mad, you’re going to want it to be an animated series, because we have so many great artists from Sergio [Aragonés] to Don Martin, “Spy vs. Spy,” Al Jaffee, all these great artists that you want to bring to life. And the great thing about our show, I think, is that we have the actual guys. Sergio is working on our show, contributing stuff. Mark and I have talked about this before. It’s such a blessing to have these guys on the show. It’s not only a blessing, it’s a validation. I feel that they’re on board, and this truly is Mad. It may have taken a while to get here, but I don’t care how we got here. The point is, we’re here.

You can read the entire interview here.  The first episode of MAD airs from 8:30-8:45, Monday the 6th, on Cartoon Network.  Not quite in Adult Swim territory, but close enough.