Interview: Mackenzi Lee on Gamora and Nebula: Sisters in Arms 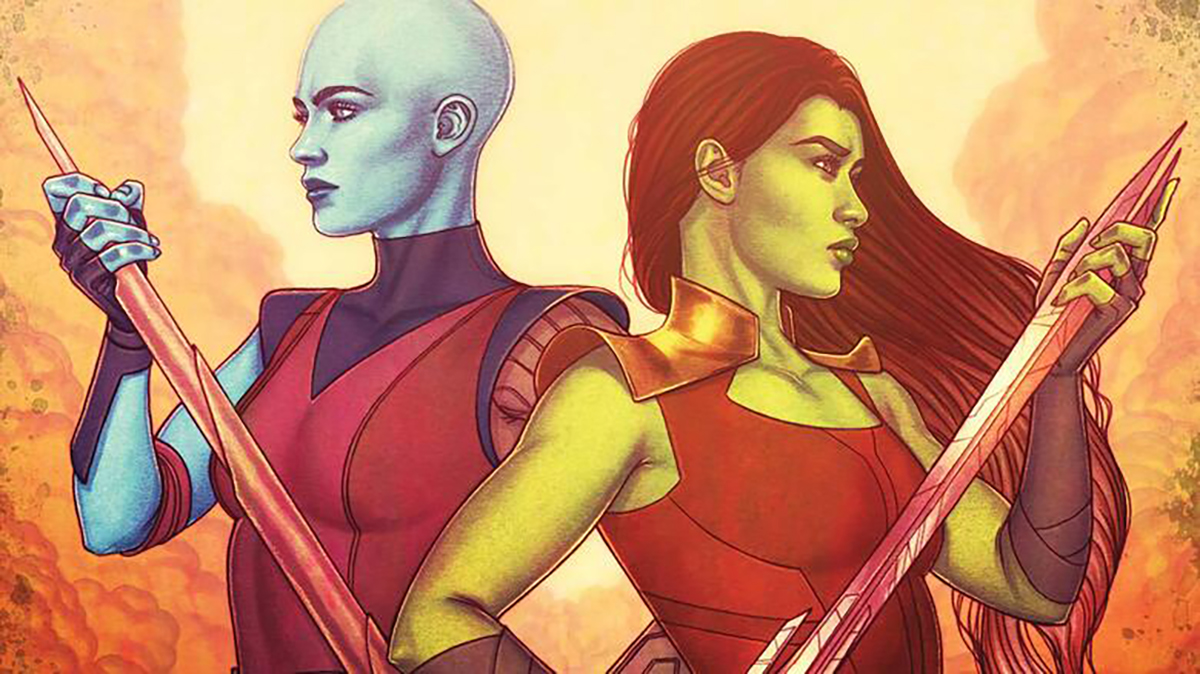 Fans of the world of Marvel know of Gamora and Nebula. Two sisters who have been enemies longer than allies, the two have a relationship that is fraught with issues, but they still clearly have a love for each other that goes beyond anything else. They might want to kill each other most of the time, but Gamora and Nebula would also kill whoever hurt their sister, and that’s why fans love exploring these two amazing characters. And now there is a new book from author Mackenzi Lee titled Gamora and Nebula: Sisters in Arms that highlights the complexity of their relationship and bond.

In an email interview, Lee and I talked about the complicated relationship between Nebula and Gamora and how writing for them excited the author as well as let her explore the very different women that Nebula and Gamora became despite their shared past with Thanos.

THE MARY SUE: What excited you most about getting to write for Nebula and Gamora?

MACKENZI LEE: Oh gosh so much! I was so excited by how little we know about the backstories of their most current comic and film iterations, but we get all these delicious, intriguing hints. Getting to fill in those gaps and sort of work backward from the versions of them we know and love was like a puzzle. And I was so excited to write about two women for whom one of the defining relationships in their life is the other, and who are never defined by their gender. They don’t fight good “for a girl.” They’re not the best female warriors in the galaxy. They’re just tough, hard-edged, badass warriors.

THE MARY SUE: The sister dynamic between Nebula and Gamora is complicated, to say the least. When you’re approaching them as a duo, is it harder to work with their history or is it a fun challenge?

MACKENZI LEE: It was so much fun—though that feels like a strange word for a relationship founded on loss, abuse, and rivalry. They’re both fascinating individual characters, and more fascinating as a duo because they come from the same upbringing but came away from it completely different people. It’s fascinating as a writer to mine their shared pasts and shared traumas and how they shaped them as individuals and as a duo.

THE MARY SUE: Apart from the Guardians, Nebula and Gamora have a history with Thanos and his quest for the Infinity Stones. Did the history there inform your story about both these characters or did you focus on their journey as women and sisters?

MACKENZI LEE: It’s impossible to write about Gamora and Nebula without writing about Thanos. Not only did he bring them together, but he has played them off each other for so long. So much of their relationship is the way it is because of what Thanos has told them, not necessarily because of the words or actions of the other. One of the main emotional arcs of the book is both of them realizing this, and trying to unwrap the manipulation and gaslighting they suffered for years under him without even realizing it, and discover who the other actually is and then learning to trust that person–or, more accurately, trying to decide if they can.

THE MARY SUE: Both Nebula and Gamora have struggled to find a place of acceptance in this world and also with themselves, when you’re writing for characters like that does it inform their actions or is it just something built into the characters we’ve known and love?

MACKENZI LEE: I think all heroes are struggling for acceptance and to find their place in the world—it’s what makes them relatable, because that’s what we all spend our whole lives doing. We all have times where we feel like a misfit or outcast, or the only one of our kind. That loneliness and search for acceptance is dialed up in fiction, but it’s intrinsic to the characters. Even when they don’t know their actions are directly informed by this search, it’s an essential part of who they are.

Gamora and Nebula: Sisters in Arms is now available for purchase!