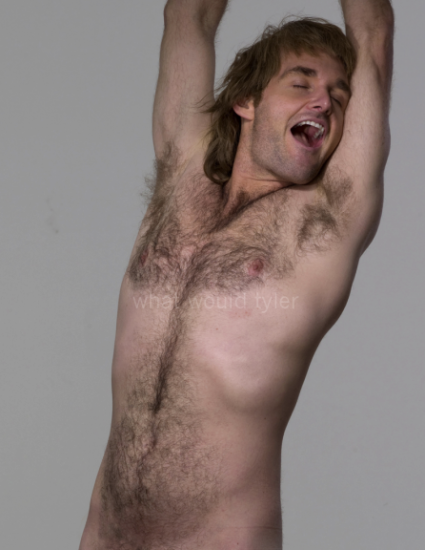 When it was announced last year that Lorne Michaels was producing a MacGruber movie based on the minute-long MacGuyver parody sketch, many in the media expected a disaster of It’s Pat proportions. However, having loved the criminally underrated Brothers Solomon, we couldn’t wait to see what star/co-writer Will Forte could come up with for a follow-up. Sure enough, the crudely hilarious MacGruber Twitter account (where he brags about which celebrities he’s “jerked it” to) seemed to vindicate our belief that this wasn’t going to be a typical SNL adaptation. However, even we were shocked at what the MacGruber marketing team posted yesterday: fully nude, very NSFW, “early modeling pics” of their main character.

And just in case you’re wondering, the rest of this post is safe for work. Mostly.

Last night, “MacGruber” tweeted this message: “So bummed. Some of my old modeling pics just surfaced. The website http://www.wwtdd.com/ can go to hell! Nobody go there!” Any fan who took the bait and clicked through to the celebrity gossip site would find that What Would Tyler Durden Do was in on the gag, posting an article entitled “macgruber was a good naked model” which pretended to be scooping some modeling pictures of an actual celebrity.

“In Wednesdays Page Six, the New York Post will reportedly expose an embarrassing secret about MacGruber. They’ll say that, before becoming a spy, he wanted to be a naked model. He’s a very sensual man and his chemistry with the camera is electrifying, but he didn’t make it because his penis was only average size. And then they’ll mention these pictures.”

Then come the pictures. Shots of Will Forte fully naked with a comically small penis photoshopped on. While MacGruber, the character, is clearly poorly “equipped,” Forte must have giant balls for going along with this (or possibly even coming up with it). Check out What Would Tyler Durden Do for MacGruber in all his glory. 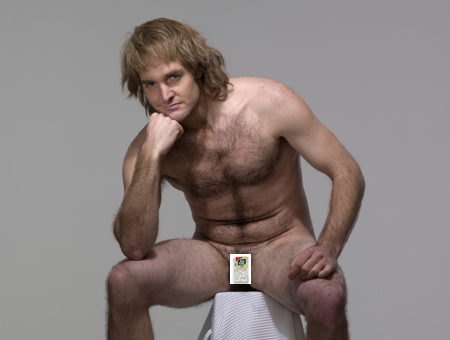 If the movie is anywhere near as funny and weird as the marketing for it, this writer will be very, very happy.