Why Is It So Hard for So Many Men to Believe This Former Victoria’s Secret Model Is Also a Professional Coder? 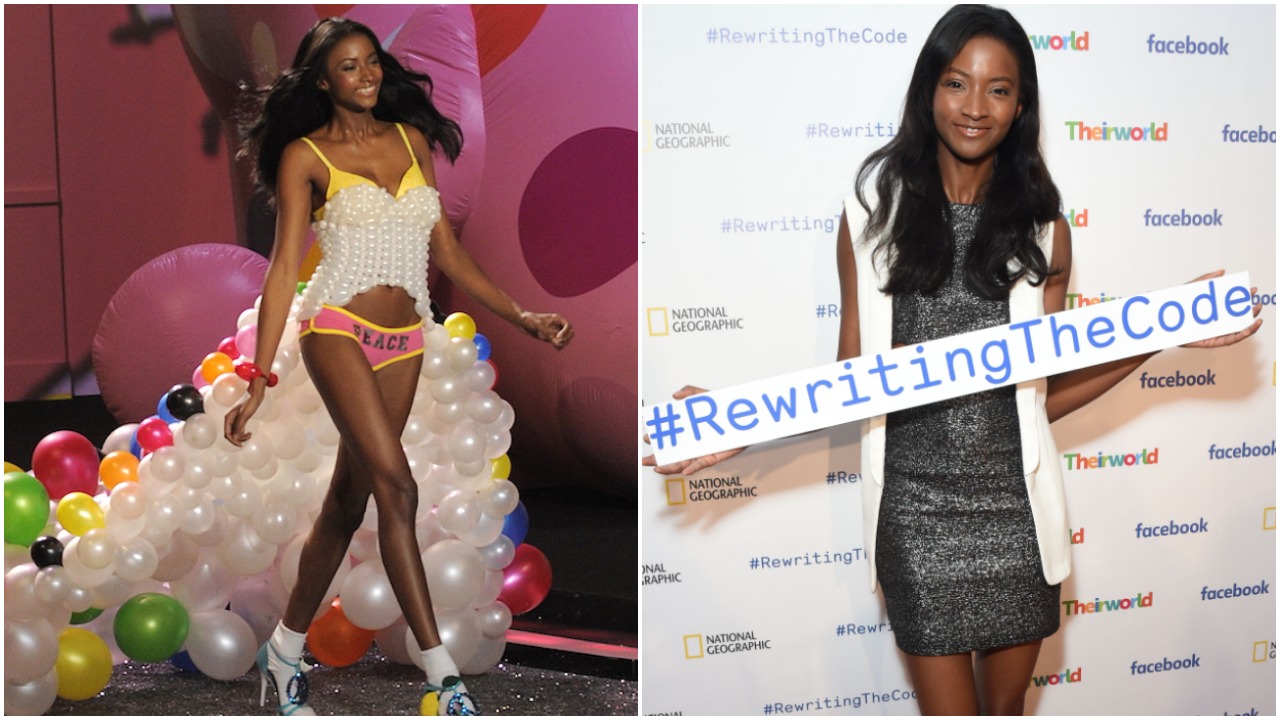 Lyndsey Scott is an actress and a former Victoria’s Secret and Calvin Klein model, as well as a successful programmer. Over the weekend, the Instagram account Coding Engineer gave Scott a shoutout with the caption “Coding is for anyone!” The point was to highlight how there is still a false idea of what a coder looks like, and that image doesn’t usually include women–and definitely not glamorous or feminine women with interests in fields like fashion. The pervasiveness of these stereotypes and the damage they can cause to women or others that don’t fit the expected STEM mold was immediately apparent in the comments of the post itself.

Many of the first comments to show up were misogynistic trolls making jokes about how she must only know how to program “Hello World,” a famously simple, ultra-beginner program. By now, the comments have been flooded with supportive and grateful messages, but it’s a reminder that misogyny in STEM is still very much a rampant, destructive force.

Looking forward to the day when women in tech don’t have to go above and beyond to prove themselves. 🙏 pic.twitter.com/MFe3RcKWKx

In that tweet from Scott, you can see her comment on the Instagram post, which, in addition to listing her accomplishments (which go far beyond Hello World, obviously), muses, “Looking at these comments I wonder why 41% of women in technical careers drop out because of a hostile work environment.”

The message in those original comments is that no matter how talented a woman is, how accomplished, many men will approach her with the assumption that she is neither. Even when proof is provided and accomplishments are listed, many will assume she’s exaggerating in some way. Men, in general, are not approached with this assumption.

Women who work in STEM and know the industry’s toxicity firsthand have been responding to Scott’s tweet.

Yesterday I had to tell a coworker that he can stop translating web development for me because I’ve been coding for years.

I’m in that world and it’s a struggle every day! I have 74 employees and only 2 of them are women 🤦🏽‍♀️ https://t.co/yLtLHWHzW2

This, all of this. So tired of men assuming I “work on the colors”. No, I’m a software engineer. Good for you!!

This is so real. I truly love what I do. I don’t know of that many female network engineers but I am so tired of defending, explaining, and having to prove myself to my all male coworkers and clients while trying to dodge sexist ass remarks. https://t.co/OmHgXs9lcb

Sexism is a huge issue in the study of computer science. Being the only/one of the only girls learning to program in a room full of males is not only threatening but uncomfortable too. Speaking from experience

I turned 50 this year and it makes me weep that this is still the norm. I have a CompSci degree, and over the course of my career it was always comments about my wardrobe, coffee fetching, etc. You gotta keep SLAYIN’!

Read the comments and realize why women drop out of the field. It’s not only about creating programs for women to learn to code, it’s about creating an environment free of harassment. https://t.co/Ii9aAJw6Pi

The burden of ending misogyny in STEM shouldn’t be on women, it should be on the men undermining, patronizing, and harassing their colleagues or potential colleagues. But social media does allow women to create visibility that may be lacking in their individual offices or labs. When so many women join their voices together it’s hard to deny that coding is for anyone, and presuming otherwise only makes a person look like a sexist ass.