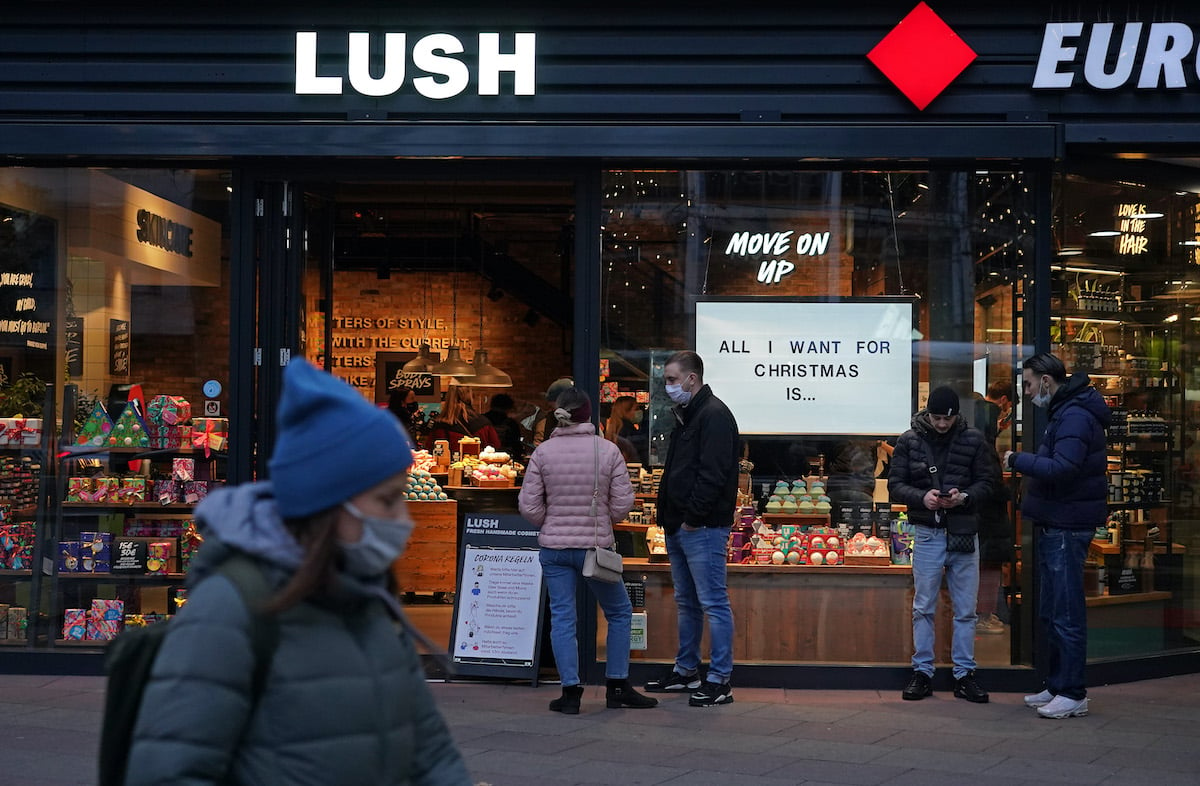 WPUK presents itself as a feminist organization but in true TERF (trans-exclusionary “radical feminism”) form, their version of feminism appears to be centered around fearmongering and denying trans people their rights. Their manifesto is a list of “Five Demands,” four of which are focused on upholding cis rights (not a thing) of “women-only spaces” and speculating on the dangers of “self-declaration” of gender. Their Facebook page also seems to be nearly entirely dedicated to perpetuating false narratives around “detransitioning.”

Lush’s £3,000 grant reportedly came from sales of their Charity Pot lotion, which the company touts as being “ethically sound hydration.”

“With every purchase of Charity Pot, we donate 100% of the price (minus the taxes) to small, grassroots organisations that could use the helping hand to continue the incredible work that they do. Charity Pot supports organisations that align with our ethics in the areas of environmental conservation, animal welfare and human rights,” reads the company’s website. I wonder which of those categories TERFdom falls into.

The revelation of the donation came from a financial statement on WPUK’s website and Lush confirmed in a statement to PinkNews that it’s accurate, although Woman’s Place is not included on their list of groups that have been supported by Charity Pot sales.

In a statement to PinkNews, Lush said it has a policy of not funding “campaigning work, discussion or lobbying on the specifics of the proposed changes to the Gender Recognition Act” but that the grant “predated our awareness of how toxic discussion around this issue had become and before we put rules in place around this subject”.

It is unclear why Lush, which did not include Woman’s Place UK on its own public list of grant recipients, deemed the group eligible for funding, given its guidelines make clear that it would not fund groups who “harbour racism or prejudice”, “deny the human rights of others” or “judge others on anything other than their actions”.

The company, which did not offer any apology to trans people, added: “To make our stance clear, we do not believe that trans rights are a threat to women’s rights.

To be clear, the grant appears to have come solely from Lush UK, while Lush in North America has a different CEO and co-founder. Lush’s North America branch has publicly campaigned for trans rights, even creating a new product in 2018 specifically to raise money for trans organizations. In a statement issued to The Mary Sue, Lush North America simply wrote that “As a global brand, we believe that trans rights are human rights.”

At @lushcosmetics, we believe #transrightsarehumanrights, period. While we can’t speak to the funding choices of our UK partners, in North America we partnered with @TransEquality and @CCGSD_CCDGS to raise $450K for trans-led organizations. #translivesmatter 💗

Lush UK has also released a public statement, in which they say that they insist the funding of anti-trans work wasn’t “deliberately” done and that they are “are sincerely sorry that any of our funding has gone towards doing this.”

The incredibly lengthy statement ultimately puts the blame on the vetting process for Charity Pot funds. The application for this specific grant, they write, was received in 2017 and “predated our awareness of how toxic discussion around this issue had become and before we put rules in place around this subject [of the Gender Recognition Act].” They now “feel that money has gone to work that we would not feel proud to support and we wish to apologise unreservedly for that.”

This isn’t the first time Lush UK has faced criticism for its founder’s seemingly obtuse politics, though. Earlier this summer, he passed out gifts to police officers to thank them “as more folk get out and about”—a clear reference to the massive Black Lives Matter protests against racist police brutality.

The owner of Lush is giving out fucking presents to the police. I don’t think the police need love, care and bath bombs right now. pic.twitter.com/YRylVrvjjI

This article has been updated to include statements from Lush North America and Lush UK.