Watch the Lunar Eclipse Tonight. It’s Free Science in Your Back Yard!

It'll be in your front yard, too. And your friends' yards. Basically, go watch it. 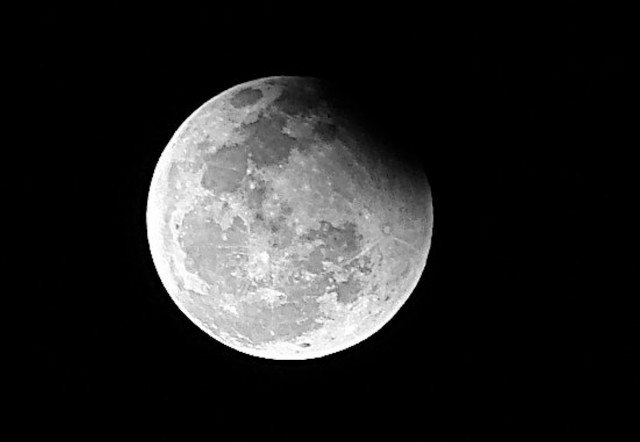 The Earth’s shadow is going to fall across the full moon tonight in celestial a phenomenon called a penumbral lunar eclipse. If you’re on the West Coast of the United States, you may be out of luck, but those closer to the East Coast will be able to see the edge of the Earth’s shadow pass over the moon.

In a total eclipse, the umbra, or the middle of Earth’s shadow, completely covers the moon. A penumbral eclipse will only cast a partial shadow, which should look pretty darn cool with the moon being full tonight.

The eclipse will happen between 9:51PM and 1:50AM GMT, which means that the farther west you are in the United States, the more likely the eclipse will occur before the moon rises. If you’re on the East Coast and can be outdoors at that time, the next lunar eclipse won’t happen until 2014, so make sure you look up. You’ll be glad you did.

(via The Huffington Post, image via Flávio Jota de Paula)