Why Does Luke’s Revealed Last Jedi Dialogue Seem to Conflict With the Force Awakens Script?

Maybe we just need a certain point of view? 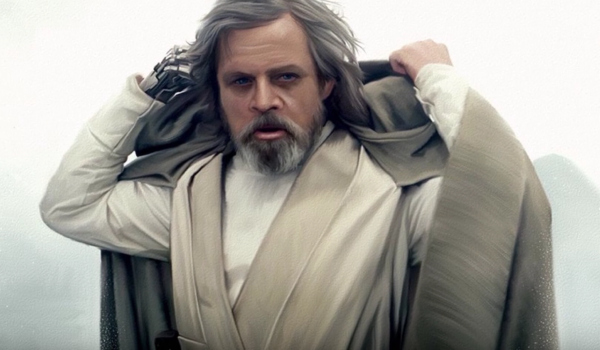 Some lucky Disney investors have gotten to see a bunch of footage from The Last Jedi, which apparently included tons of beautiful scenery, a brief appearance by Carrie Fisher that reminds us all how emotional the full movie is going to make us, and, oh yeah, Luke Skywalker finally delivering some lines after more than 30 years. But … what are we to make of how those lines clash with the Force Awakens script?

**Possible spoilers ahead if you prefer to know as little as possible.**

Reportedly, the dialogue that people got to see was Luke asking Rey, “Who are you?” (There was also some excellent lightsaber work by Rey, so there’s something to look forward to.) The conclusion everyone jumped to was that was the beginning of the movie, when things pick up from the end of The Force Awakens, with Rey holding Anakin’s lightsaber out to Luke.

On further inspection, though, it appears that this is not the case. First, the script for The Force Awakens says of that moment, “[He] doesn’t need to ask her who she is, or what she is doing here … his look says it all.” For whatever reason (and there are potentially quite a few, thanks to Luke’s Force abilities), Luke isn’t really left wondering about Rey. So why ask who she is?

It seems that, as you might expect from a sizzle reel, Luke’s line is not from that first scene, as another person who saw the footage pointed out. That clears up the confusion, though it leaves us wondering when and why Luke did ask that question. Was it a more philosophical question as part of some kind of introspective Jedi training? We’ll probably have to wait until Star Wars Celebration in April to find out more.

(via Uproxx, image via Disney/Lucasfilm)