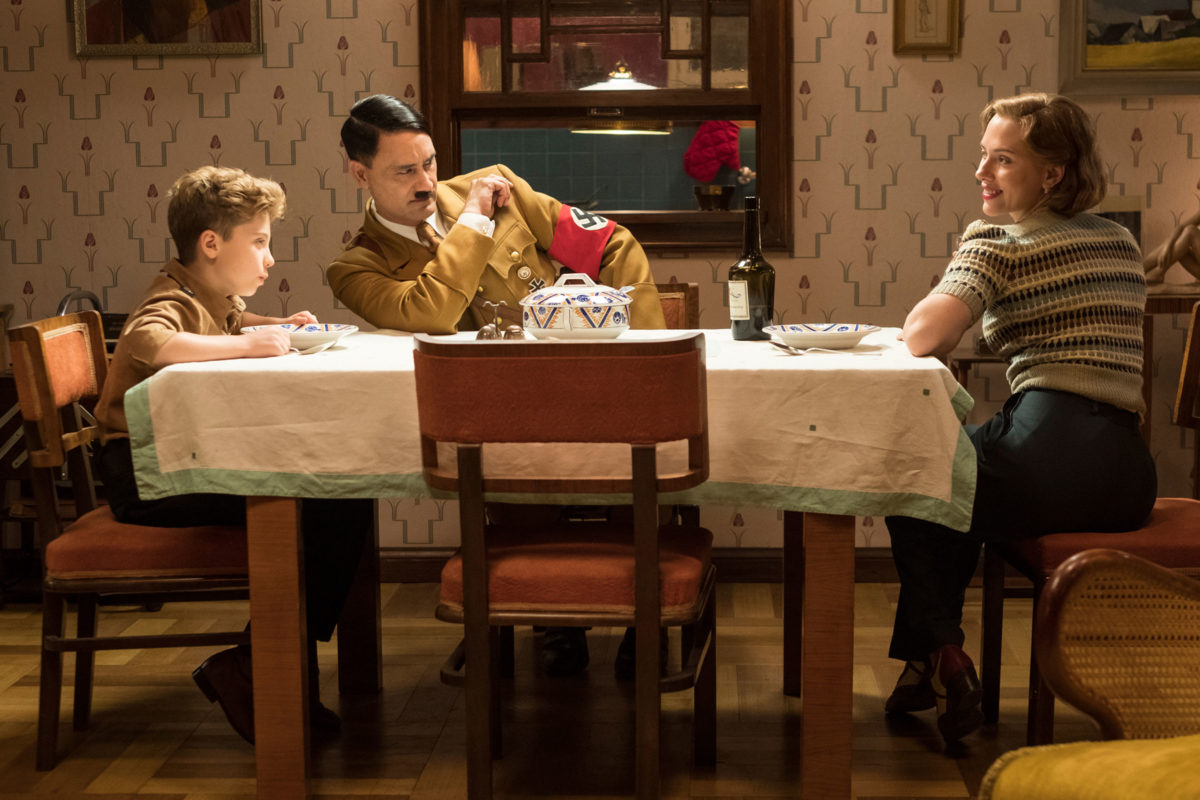 I didn’t know I needed Taika Waititi as a sassy Adolf Hitler in my life until today, but here we are. While many of us have been aware of Taika Waititi taking on the infamous man behind the holocaust, nothing could have prepared me, personally, for a sassy Hitler leaning against a tree, trying to tell a small child that he knows what it’s like to be sh*t-talked.

But is it surprising that this trailer is already an extremely fun time? It’s kind of the Waititi way. With movies like What We Do In the Shadows and Hunt for the Wilderpeople on his resume, Waititi has mastered the art of bringing an outrageous storyline to life in a way that makes the audience think and, more often than not, makes us want to come back for more of his films.

Did I cry during Hunt for the Wilderpeople? Of course I did; I’m not a monster, but when you break that movie down and look at it through the context of the story, it’s a wild movie about a boy and Dr. Alan Grant running around in the wilderness to try to escape from their problems.

So, I have very high expectations for Jojo Rabbit, because even with a sassy Hitler, this movie going to make us question everything about ourselves. Waititi’s take on a Mel Brooks-esque satire that eviscerates hate by showing how ridiculous it is has an all-star cast, the feel of a Wes Anderson movie, and is probably going to be the death of me. I’m fine with all those things.

Starring Waititi himself, Sam Rockwell, Scarlett Johansson, Thomasin McKenzie, Roman Griffin Davis, Alfie Allen, and so many more, Jojo Rabbit is definitely something we’re all going to want to see.

You can see the full trailer here, and honestly, can’t wait to see this movie probably twelve times.

If the trailer wasn’t funny enough, Waititi’s tweet about it is probably the most Taika Waititi-esque thing to ever happy. Which is probably why I’m so excited about this movie. Waititi has a joy and an energy about him that is both chaotic and interesting that makes watching his work that much more entertaining. Would Thor: Ragnarok have been nearly as fun without the Waititi quirks throughout it? Probably not but that’s what makes Waititi one of the best directors out there right now.

And, as if the trailer wasn’t enough, here’s a poster we can all get tattooed on our backs together!

Jojo Rabbit is heading to theaters this fall, and honestly? It’s going to be a good one.