Review: Love the Coopers? NO! No, I Did Not. 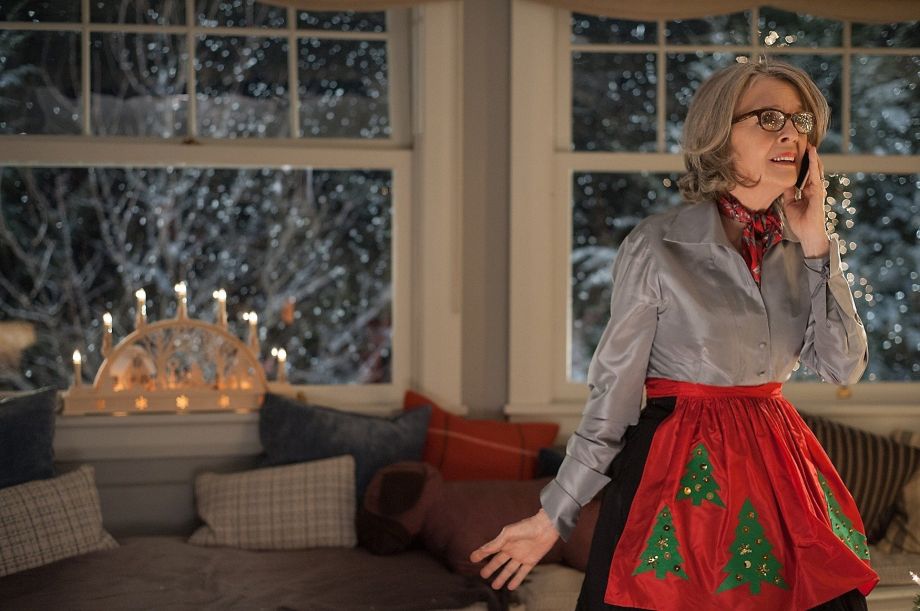 Call me a Scrooge all you want, but the new Christmas movie Love the Coopers is a movie I really, REALLY disliked. In fact, I think I hate it. And I say that as a person with an unapologetic soft spot for “holiday movies,” many of which I am fully aware aren’t great. From the classics to the comedies to the modern films, I’m pretty easy when it comes to being won over. My favorite is probably the post-war It Happened on 5th Avenue (highly underrated comedy), but I’m willing to give a pass to a lot of these cookie cutter movies about dysfunctional families coming together for good cheer (and probably a little spiked eggnog). But there was something about Love the Coopers that didn’t just leave me cold and disappointed…it also made me mad.

Part of this might be the fact that I had just watched another contemporary Christmas movie, The Family Stone, which despite some flaws is so much better at hitting the right emotional notes. The thing that movie manages to do is nail an authentic sense of family which is at once character-specific and rich in detail, but also universal. Love the Coopers is the exact opposite. The characters feel so generic and unreal, that I thought “there isn’t a family in the world like this.” Everyone’s character was straight out of a Hallmark movie with cliché, oddly dated problems. Divorce and being single is the primary concern in this family, and while those are realistic issues most of us have dealt with, they are treated like tragedies this family has to overcome. The fact that one of these family members is a kleptomaniac seems less important than the fact that she’s the middle-aged aunt showing up alone at the family Christmas.

And let’s get into one of the things that really bummed me out about this movie. This movie stars Diane Keaton, Marisa Tomei as her sister, and Olivia Wilde as Keaton’s daughter, and this movie is cruel to all these actresses who could have been a powerhouse on screen together. There are few things which makes me sadder than the career descent Diane Keaton has been on over the past decade. Thinking that Annie Hall or J.C. Watt would turn into the characters she plays now seems ridiculous. She has played a lot of well-developed mothers in films before (Father of the Bride, Family Stone) but her Love the Coopers character is clearly closer to the half-baked, underwritten women she plays in The Big Wedding and Because I Said So. It’s especially bothersome because I don’t believe for a second that Diane Keaton or Olivia Wilde really believe in the tension their characters have over Wilde still being single at her age. Why would this be such a stress in the family between these two women that Wilde would resort to a fake boyfriend (Jake Lacy)?

Tomei, who like Keaton has a coolness which somehow manages to transcend her too frequent bad roles, is clearly making an effort to bring some life to her badly written character, but the majority of the film has her obsessing about being too competitive with Keaton and trying to talk her arresting police officer (Anthony Mackie) to come out of the closet. Then we have Ed Helms, who makes no effort to bring life to his sad sack character. Helms plays a divorced, unemployed dad who won’t be upfront with his ex-wife about their finances when it comes to buying Christmas presents (and we are supposed to hate her for wanting to do the shopping).  I know a lot of movies require some manufactured confusion, but such lazy reasons to withhold information did bother me. And it doesn’t help that Amanda Seyfried is apparently the object of both Helms’ and his grandfather’s (Alan Arkin) desires. Throw in John Goodman’s non-character and that is pretty much the plot. It’s pretty lacking in action and complications (this is the opposite of jam-packed movies like Love Actually), yet the narrative is somehow still a mess.

There is one other STAR I should point out, only because his presence drove me nuts. I didn’t realize Steve Martin narrated this movie. And his familiar but not always recognizable voice was really distracting. For one, I think he was trying channel the narration in A Christmas Story, but that narration had a sense of humor and personality Martin’s doesn’t. I still don’t know who this mystery voice was supposed to be in connection to the movie or family…just some detached voice trying to sound like someone from NPR. The narration also felt like it was developed to inject sentimentality and wit the movie failed to create on screen. The characters are all such wooden “types” that it is impossible to connect with them (or even care what happens), and the fantasy sequences are just unfunny. At a point, everyone seemed to be smiling and laughing in a scene, but just like the family portraits taken in this movie, there is nothing sincerely motivating that behavior. The movie’s look is similarly cliché and bland, with a gloss of “this is a Christmas movie!” over the entire film. If this were a commercial or parody of these types of films I’d laugh, but as a dramedy, there is nothing funny about this movie.

I’m fairly sure this movie will do well; I already got the “should I see that” from my own parents (no, no they should not!). But considering how annoying this movie was to sit through, I can’t recommend it to anyone. If you are a fan of some of the stars in this movie, you’ll be sad to see the way they are being used. If you want a family movie for adults this season, you’ll probably be better off seeing Brooklyn this week or waiting for something like The Good Dinosaur (fingers crossed) or Lady in the Van later this month. It’s unfortunate that the one big, Hollywood, holiday family movie we seem to be getting this season is such a massive disappointment, but the benefit of holiday movies is you have an entire season to watch the better stuff that’s come before this for free.