The only large romantic gesture that matters is paying off someone's student loans. 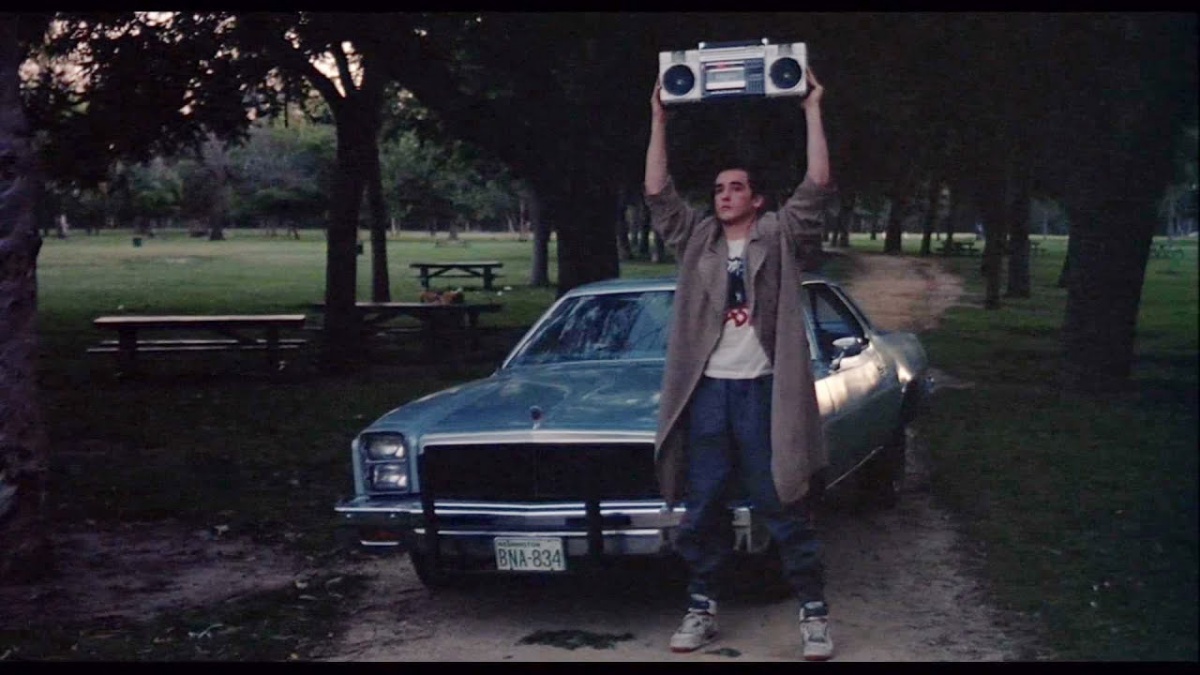 Since Cardi B took to Instagram to announce her separation from husband Offset, he’s tried to do more to prove himself than he did for the entirety of this marriage. He has gotten a whole gaggle of fellow adulterers, like The Game, 50 Cent, and peers of Cardi B like 21 Savage, to make videos asking for her to take him back because, yeah, he cheated, but is that really such a big deal?

I mean, if Cardi had been out here sleeping with other people, Offset would have taken her back, right? I hope the sarcasm was noted.

The Cardi/Offset drama came to a head when he interrupted her set for Rolling Loud, where she was the first female headliner ever, to present a flower and cake display spelling out “Take Me Back Cardi.” Cardi was not amused, and no matter, the intent of the whole thing—a publicity stunt or anything else—it’s a moment to highlight that these sort of public apologies and gestures are emotionally manipulative and unhealthy behavior.

Firstly, yes, Cardi did make the announcement of their separation on Instagram initially, because that’s the kind of person she is. Her popularity is based on being accessible, and in the video, she was calm, didn’t call anyone names, and didn’t even put the blame for the end of the marriage on Offset.

She just said that they fell out of love, and that was that. In response, Offset has been making these very public apologies, and I was willing to let the first one go, but they’re all coded with the attitude that this all just happened out of nowhere. Offset was unfaithful, publicly and openly, yet he wrote posts like “Y’all won,” as if we pushed those women into his arms.

Cardi B is only twenty-six years old and just gave birth to a whole human being six months ago, whom she has to be away from for extended periods of time due to work. She has also been outspoken about, as a young woman, turning to sex work to escape another abusive relationship.

Since they’ve been together, Offset’s infidelity has been a source of mockery, and Cardi has gotten the brunt of it for staying. Yet, now that she’s attempting to leave, she’s being made to feel like she should be … thankful that Offset is trying now?

That’s the catch-22 of these public romantic gestures: They put a lot of pressure on the (usually) woman on the receiving end, because they’re supposed to show how much the person making the gesture cares about her. It’s no wonder we think that when it’s all over romantic comedies like The Notebook, 10 Things I Hate About You, I Love You Beth Cooper, Love Actually, and others which, is something really highlighted in Pop Culture Detective’s “Stalking for Love” video.

It’s supposed to be “deep” because the male lead is expressing his emotions in such a public way, and by golly, for a man to show his feelings in public, that must mean he really cares!

I can’t lie, there is something alluring about the idea of a romantic partner doing something to earn your love again, but that doesn’t have to be a public gesture. I hate to give the Sex and the City movie any credit, but one of the better ideas it had was that Big sent Carrie a series of email letters based on the book she was reading earlier in the film. That’s a meaningful romantic gesture that doesn’t mean putting public pressure on women to say yes.

The newest romantic novel by Jasmine Guillory, The Proposal, is about a woman named Nikole, who is proposed to in public by a dude who she’s only been going out with for a few weeks. They barely know each other; they’re just sleeping together, and Nikole is even thinking about breaking up with him.

Yet, he makes this huge public marriage proposal, and she says “no” because that’s the right answer, and everyone turns on her. That’s because no one knows the details of their relationship; they just saw this guy put in “effort,” and this woman saying no. The Proposal makes the added commentary that, when it comes to black women, we are expected to be grateful for male attention, especially if it’s a white guy or someone successful.

Regardless of whether Cardi B takes Offset back, it won’t erase that this behavior is a perfect example of gaslighting and really aggressive emotional abuse, because right now, he’s doing all this because they are broken up—broken up because of his actions. Instead of maybe dealing with that in private, he goes to her workplace and interrupts her set, with the help of her managers, without her permission, and tries to say he’s sorry in a way that puts pressure on her to accept.

Be sorry on your own time.

When Beyoncé and Jay Z made albums about their marriage, it was done with them as a unit, both producing music that spoke to their side, and never did Jay Z come out in the middle of Beyoncé doing anything to apologize. Whatever work had to be done was done offstage, and then, as true capitalists, they made money off of it.

Also on a grand public apology tour is Thomas Markle, who made some sort of bullshit apology towards his daughter, the Duchess of Sussex, Meghan Markle.

Come on Meghan, do the right thing & call him. He’s your dad. https://t.co/xTkGlG6JqD

Maybe it’s the holidays, and I’m reminded that I don’t care about making my family feel entitled to my person, but who gives a damn that he’s her father? He has been using that label as a way to harass and ride of the coattails of his daughter, who already has to deal with racism and constant scrutiny, on top of her own flesh and blood making a fool of himself and shaming her.

You want to talk to your daughter? Be a better father. Children are not required to raise their parents to be less abusive.

You want to get back with your wife? Maybe suggest marriage counseling, or spend that same money on flowers on things for your daughter—all things that make it seem like you are serious and not just having a rich person temper tantrum.

It’s not the responsibility of women to maintain relationships with people who do not have the emotional maturity to be partners on their life journeys until they have been cut off. Be better all the time, and you can cut that flower budget in half. Also, if you want a woman to love you, don’t be a piece of shit. Just, you know, free advice.

Love without respect isn’t love. If you don’t have respect for my time, my work, my privacy, and fundamentally, my right to be happy without you, then your love is based on your desire to have somebody, and that is just selfishness in the mask of romance/love.