Who does "cancel culture" actually affect? Not Louis C.K., apparently. 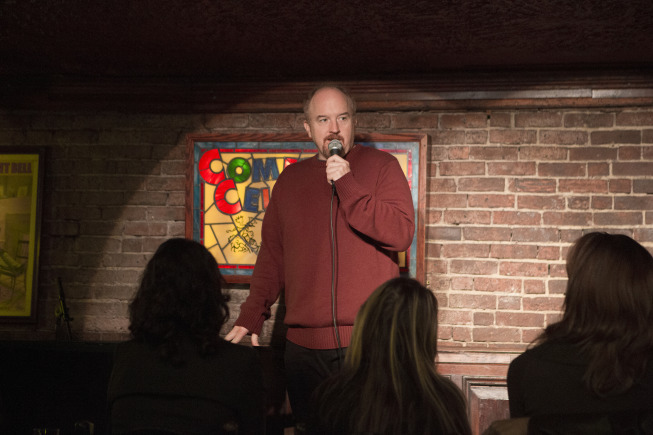 In the portion of the news that I like to call “WHO WANTED THIS?” or “PLEASE GO AWAY,” Louis C.K. has announced a new 14-city tour in an email to his subscribers this weekend, according to Entertainment Weekly. The international tour begins November 2nd in Richmond, VA. It will cover, among others, Tel Aviv, Rome, and Detroit, ending in New Orleans on Jan 31st. He also updated his website, long dormant, with the following:

I am on the road doing professional stand-up comedy. Which consists of sharing jokes, stories, observations, lies, non-lies, and being generally ridiculous for the benefit of a laughing audience.”

A quick reminder of why this sucks: In 2017, C.K. was accused of various forms of “sexual misconduct” in and outside of the workplace (i.e. masturbating in front of women and later blacklisting them from the comedy community). He laid low for LESS THAN A YEAR before returning to stand-up in August of 2018, when he performed a now infamously gross set at the Comedy Cellar in New York City. When the audio leaked, it was revealed that C.K.’s new set consisted of him: mocking trans and non-binary folx, as well as the survivors of the the Parkland shooting for engaging in anti-gun activism and testifying before congress. (Here’s the audio, if you feel like stomaching it.) Later, in a move made out of pure, concentrated irony, C.K. tried to instate a new policy prohibiting sharing his material without his “consent.”

So here’s the thing: In light of this ginger cockroach infesting our newsfeed and brain space one again, knee jerk reactions about “cancel culture” are going to spring up. We can debate about whether or not “cancel culture” exists and who, if it does, exist for. In my opinion, society has always, in one form or another, “canceled” people. Essentially, that is what our modern prison industrial complex was designed to do. People go to jail or prison, and if/when they are released, it is almost impossible for them to reintegrate into society. In many states they have lost the right to vote, most can’t get or maintain a job that doesn’t violate their parole, then the lack of job (in various ways) forces them to violate said parole, and back they go to prison. They become permanently “canceled” in the eyes of society.

And on the other side, when the rich and powerful (and white and male) are revealed to be horrifying monsters guilty of countless atrocities and crimes, they seem impervious to “cancellation,” no matter the public outcry. They may have to lie low for a bit, but invariably, they bounce back and suffer no permanent damage to their careers.

Just take a look at Roman Polanski and Woody Allen. Or our freaking alleged serial rapist President. Or even, on a much smaller scale, Scarlett “How Deep Will My Foot Fit in My Mouth, and Can I Appropriate a Minority Identity While Doing it” Johansson. Celebrities are still chomping at the bit to make films with Polanski and Allen. Trump is still president. Johansson is still a huge box office draw. Louis C.K. himself has remained fairly unapologetic and is now using his infamy to lean into a newfound hard right wing fan base. Meanwhile, the women he traumatized? Their careers will probably never recover.

So, is “cancel culture” a thing? The answer is both yes and no. Should it be a thing? I personally lean towards “restorative justice” if it’s possible and warranted—and, most importantly, if the victims want it—but here’s the deal with C.K.: He has expressed so little remorse for his actions (at least publicly) and has done so little work on himself, or on repairing the damage he caused to the women he exposed himself to, that I don’t think he deserves a “comeback,” at least not for a good long while.

That, plus it seems he has shrouded himself in the blankets of victimhood and martyrdom. His work used to be about what a piece of shit he is and examining his flaws and foibles (though now it is clear that this was more about indulging his own narcissistically driven humiliation fetish), but now he has shifted that lens outward. To quote Principal Skinner, “No, it is the children who are wrong”—or, in C.K.’s case, the children, the women, and the trans and non-binary folx that he finds so repulsive in their earnest desire to create a safer world for themselves.

A world without him non-consensually jerking off in front of them and then ending their careers over it, maybe? What a wonderful world that would be.