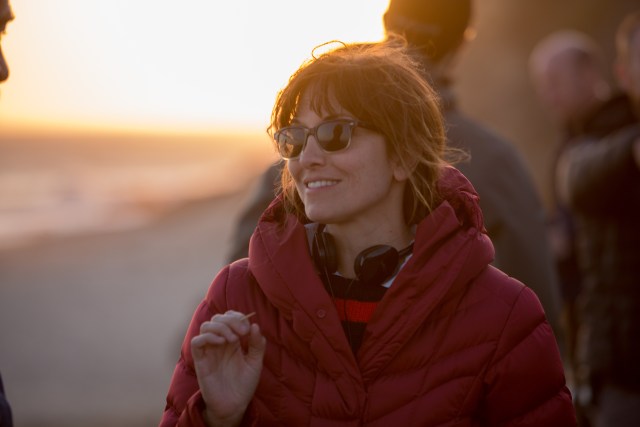 Filmmaker Lorene Scafaria (Nick and Nora’s Infinite Playlist, Seeking a Friend for the End of the World) premiered her new comedy, The Meddler, last September at the Toronto Film Festival, but the week before it began its theatrical run, Scafaria was still nervous about premiering it in New York at the Tribeca Film Festival. The New Jersey native claimed the build up was killing her, and considering the premiere would include most of her family in the audiences, it’s understandable why she would have been nervous about publicly sharing such a personal film.

The Meddler is a true love letter to her mother, Gail, the inspiration for the character of Marnie, played by Susan Sarandon. Alongside Sarandon, the cast includes Rose Byrne plays her daughter (and Lorene’s surrogate) Lori, Cecily Strong, Jerrod Carmichael, Jason Ritter, and J.K. Simmons. We spoke the night of her premiere about her real-life inspiration, casting Susan Sarandon to play your mother, and unexpected sex appeal of J.K. Simmons.

Lesley Coffin (TMS): I know you are from New Jersey, like the characters. How similar to your mother and yourself are Marnie and Lori?

Lorene Scafaria: Extremely close. The whole film’s basically about my mom and the experience of her moving from New Jersey to LA just to be closer to me after my dad died about 6 years ago. The set up of the story and a lot of the details in the movie’s based on my mom, and the relationship between mother and daughter’s very true to life. I did end up adding some fiction, a little wish fulfillment and add a love interest for her that doesn’t exist in real-life.

TMS: We’ve seen a number of stories in movies and TV about overbearing parents on screen. I personally prefer to see adult kids bemused and frustrated by that kind of behavior, rather than just angry and kind of ungrateful. 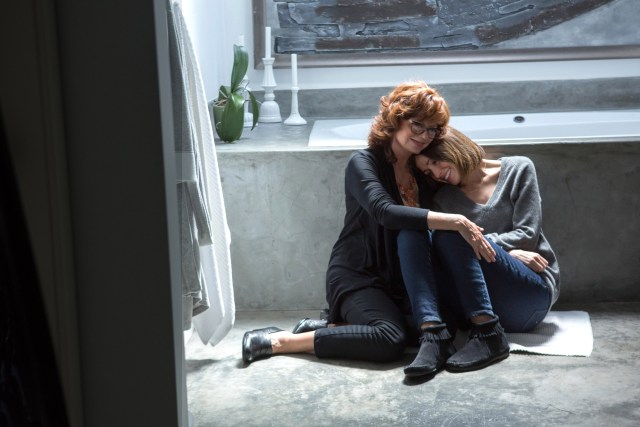 Scafaria: I wanted Rose and Susan’s characters to be really close, but their relationship has become all the more complicated because of this shared loss they’ve experienced. The tension in their relationship really comes from the grieving process, and going about that in different ways. But I just got so excited about showing what my mom can really be like when I don’t call her back immediately. I want to challenge what the term “meddler” means, because Marnie clearly means well and a lot of that behavior comes from loneliness and having so much love she still wants to give. She has gotten used to being in this role of wife and mother and now that her child’s grown, that definition of who she is has been strained. But of course we are all like big kids no matter how old we get and we all need our moms. So the whole thing was written with a lot of love and meant to be a positive portrait of motherly love. And so far it seems to resonate with a lot of people who see their moms.

TMS: And Marnie is certainly a sweet and generous person to have at the center of a movie.

Scafaria: I like talking about generosity. That is where a lot of that meddling comes from. And some of it has to do with her own grief and maybe a little guilt over being left money and not knowing exactly what to do with it. But I thought Marnie, like my own mom, had always been as generous and loving a character. I didn’t want to make her, or Lori, too mean. I don’t like dysfunctional family stories because I don’t really know what those are. I certainly wouldn’t call my upbringing dysfunctional. Everyone felt like a character and little different in my home, and death or loss certainly will change the dynamics in a family. But I always want to be honest about our relationship. I wanted to show how annoying my mom can be at times but also how to mean I can be sometimes. You can kind of be your worst self around your mom because she just has to love you. And that’s kind of unfair to moms, so this movie’s also part apology for all those times I didn’t appreciate her.

TMS: Did you talk to your mom about the script and ask her about casting Susan Sarandon to play a fictional version of her?

Scafaria: When she watches the movie, she just sees Marnie as a stand alone character. So she’ll say funny things like, “I just love Marnie, she’s so nice.” And I just laugh. But there are so many stages to making a movie. I shared my writing with her, which was a cathartic experience. But once Susan was attached the whole thing was just too exciting for my mom to even handle. She was so happy a woman like Susan was going to represent her. And said things like “daddy would have been so excited to be married to a woman like Susan Sarandon.” So her experience seems to have all been positive and the portrait of her is very positive. It’s the story of just her, not the story of Marnie and Lori, which is the approach we get in most mother-daughter films. I didn’t want to take a break from Marnie and I didn’t think we’d experience that true loneliness if we took a break from her life and followed Lori. It was most personal when still just on paper, and became something different when we were making it because Susan added so much to the character. She made Marnie this third thing…there’s my mom, there’s Susan, and then there’s Marnie. So the whole thing is personal, especially now that we’re screening for my who family. My uncles and aunts and cousins are all going to be at the premiere, and that is going to be a bizarre experience. But even my mom has been able to separate and say, this is a movie. But I’m just so glad she’s touched by the film. She’s the kind of selfless person who thinks this movie’s really about my dad and calls it his It’s a Wonderful Life movie.

TMS: I was really interested in the relationships Marnie develops with the characters she helps played by Cecily Strong and Jerrod Carmichael. Were they based on people your mom’s helped out?

Scafaria: Definitely. She didn’t have a relationship with the guy at the Apple Store. But growing up, she’d take in friends of mine who were struggling with their own families and let them just live at the house. Sometimes it would work out, sometimes it wouldn’t. The twins that Jerrod plays were based on friends of mine she tried to help. She’s always calling me and saying something like “some woman lost her wallet so she drove her somewhere.” 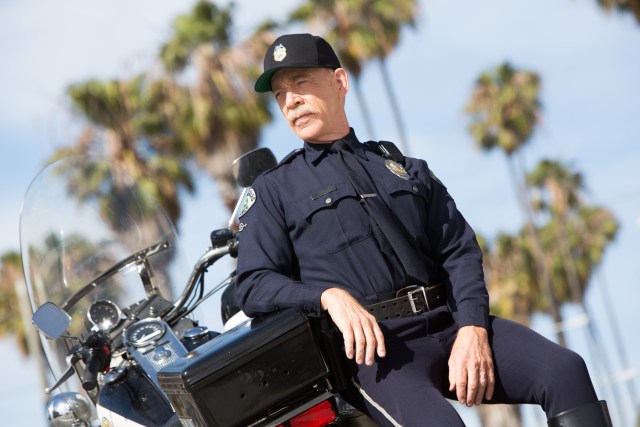 TMS: It’s so great that J.K. Simmons has been working so long and is at the height of his career at this point in his career. I don’t remember him being a romantic lead before, but I totally bought it. How did you think of him for that part?

Scafaria: I’ve been a fan of his for so long, although I’m embarrassed to say the first thing I can remember seeing him in might be Thank You for Smoking, although I’m sure I’d seen him on screen decades before and just didn’t realize. I wish I could say I thought of him before Whiplash, but I didn’t. I saw him in that movie, and it takes a girl with daddy issues to see Whiplash and say “that guy would make a great love interest.” I kept thinking that his performance in Whiplash, that’s his bad boy persona, and in this movie, he’s the good, noble cowboy. But seeing him in so many things, knowing he’s capable of almost anything, so I thought he’d be just perfect for the role. But what’s so exciting was Susan and J.K. were both so perfect in the roles, and I imagined they’d have good chemistry, but I was blown away when I saw them together on screen. I have a crush on J.K. Simmons now, and I don’t know what to do with it. He really captured that east coast cowboy thing, and she’s such an east coast woman. And when my editor and I saw the way he looks at her in the movie, he was just so perfect. Also, it was so fun to have him play a funny character, rather than just the straight man opposite a wacky woman. And apparently he did grow up with chickens, so he had previous chicken experience.

TMS: I read about the female writers group you joined when you first went out to the west coast to become a writer (Fempire). Are you still a part of that group?

Scafaria: I am. Dana (Fox) and Diablo (Cody) both have three kids each, and Liz (Meriwether) created New Girl. So we’re all crazy busy and getting together’s hard and harder. But those women are still my very best friends. We just had Liz’s bachelorette party in Palm Springs. I’m friends with others, outside the business, but we are still incredibly close. And it’s been so great to see everyone’s work evolve. We don’t sit in a room together just writing all the time anymore like we did in our 20s when we had no other responsibilities. But we are still incredibly close and work together in different ways. I executive produced Diablo’s last movie, and I’ve worked on episodes of New Girl.