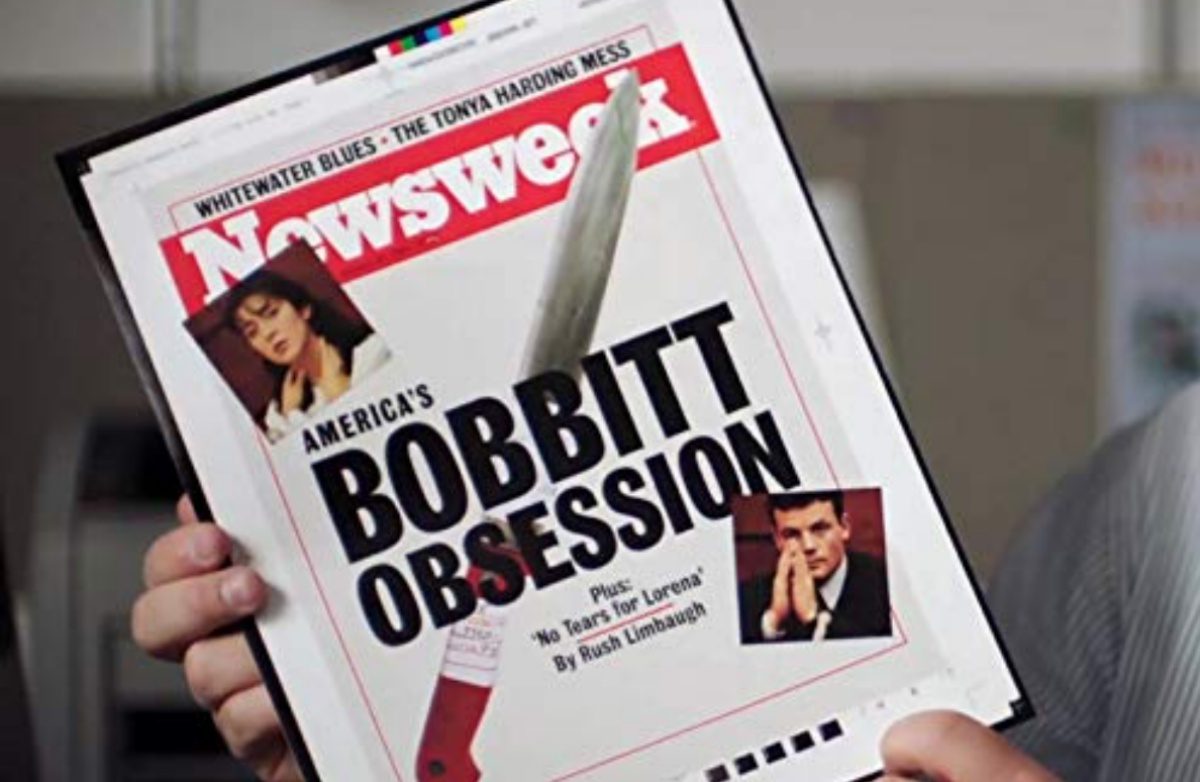 Considering I was all of one year old when the incident in question happened, there’s no reason why it should have been clear in my head, but that was the narrative that had been trickled down to me through punchlines and media. If it was such a big deal, why would everyone joke about it? That’s why, watching the documentary Lorena, I was shocked to find out how much misinformation had been spread.

The four-part docuseries, which is on Amazon Prime and executive produced by Jordan Peele, goes through all the elements of the Bobbitt case, which wasn’t just about Lorena assaulting her then-husband, but also about him being on trial for marital rape.

The two Bobbitt cases happened in 1993, which was before the Violence Against Women Act was passed in 1994, which acknowledged domestic violence is a public health policy and human rights concern. It also recognized the importance of having a community response to domestic violence, sexual assault, and stalking.

However, when the Bobbitt case came about, it was following the Anita Hill confirmation hearing, in which she accused Clarence Thomas of sexual harassment, and the 1992 Tailhook scandal, in which more than 100 United States Navy and U.S. Marine Corps aviation officers were alleged to have sexually assaulted 83 women and 7 men. Sexual harassment, sexual assault, and rape were still thought as just “he-said-she-said” cases. Marital rape was even more complicated to prosecute.

At the time, marital rape was only really considered if the couple was separated or there was some physical damage to the spouse, and there were a lot of exceptions that weren’t removed until the early ’90s. Still, in several states, marital rape is treated differently from non-marital rape, including Maryland, South Carolina, Connecticut, and the state in which the Bobbitt case took place: Virginia.

If you can watch the entire series, I would recommend it, even though it’s very triggering in many ways and does show a graphic image of the severed penis, but for those who don’t, here are three things that I think are important to know:

In the trial against JWB for marital rape, they were only allowed to use evidence or instances that took place within five days prior to the event, not bringing up the four years of rape and violence that Lorena said she was subjected to. That window limited the kinds of evidence that the district attorney could bring in, and that worked in favor of acquittal.

2. Lorena’s case and proof of abuse:

What the docuseries makes clear is that there were a lot of witnesses and a lot of evidence that JWB had been abusive towards Lorena in their marriage, including police reports. In addition to Lorena’s heart-wrenching testimony about being raped, choked, and beaten violently, police officers, neighbors, friends of JWB, family members on her side, coworkers, and some clients all came forward to say they’d seen John Wayne beat her, abuse her, or that they’d seen bruises and heard fights. Two guys recounted him saying that he liked to make women bleed during sex by forcing them.

It wasn’t a he-said-she-said. There was a lot of evidence back up Lorena Bobbitt’s side, coupled with JWB denying things when there was clear evidence from non-biased sources that he’d done certain things.

3. John Wayne Bobbitt went on to be an abusive shitstain:

Both Bobbitts were taken advantage of in the media. The story, along with Monica Lewinsky and Tonya Harding, were all back-to-back narratives about women in the ’90s that took over the news world. Lorena was taken advantaged of by a friend, but for the most part, attempted to live a low-profile life until 2008 and has been involved in domestic abuse advocacy.

JWB has since been convicted of beating two other women and attempted to make an entire career around the “joke” about his penis being severed. He also continues to send Lorena cards, notes, and flowers. In the documentary, he talks about how, if they got back together, it’d be the greatest act of forgiveness. He is disgusting.

In the end, this case was an important reminder that we in the media have a responsibility in the narrative we shape to speak for the oppressed, even when it’s hard.