What a backwards move. 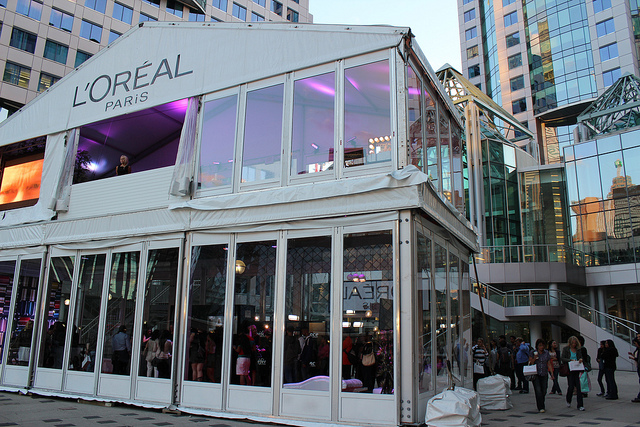 In a stunning move, L’Oréal fired transgender model Munroe Bergdorf, who was the makeup company’s very first trans model. Her release came as a response to a now-deleted Facebook post written by Bergdorf, wherein she highlighted and talked about white supremacy and systemic racism. What many folks took issue was with how Bergdorf wrote that all white people are racist.

Honestly I don’t have energy to talk about the racial violence of white people any more. Yes ALL white people. Because most of ya’ll don’t even realise or refuse to acknowledge that your existence, privilege and success as a race is built on the backs, blood and death of people of color. Your entire existence is drenched in racism. From micro-aggression to terrorism, you guys built the blueprint for this s—. Come see me when you realise that racism isn’t learned, it’s inherited and consciously or unconsciously passed down through privilege. Once white people begin to admit that their race is the most violent and oppressive force of nature on Earth… then we can talk.

L’Oréal announced that they were ending their partnership with Bergdorf via Twitter.

L’Oréal champions diversity. Comments by Munroe Bergdorf are at odds with our values and so we have decided to end our partnership with her.

The irony is thick, as they believe that they are actually championing diversity by firing a trans woman of color for talking about systemic racism. Focusing only on her comment about “all white people” demonstrates that L’Oréal, as a company, don’t quite understand how the conversation and struggle around race and color have evolved in recent years. In many ways, their statement that Bergdorf’s comments are “at odds with” their values—which, ostensibly, includes diversity—amounts to nothing more than an argument about reverse racism (which, despite what white supremacists want you to believe, doesn’t exist).

At the same time, in firing Bergdorf, they outed themselves as having only paid nothing more than lip service and vague gestures towards diversity. It’s astonishing how short-sighted and ill-advised this move was, and only time will tell what kind of toll this takes on L’Oréal as a brand.