From our data, we can extrapolate that no one in Alaska gives a f***. 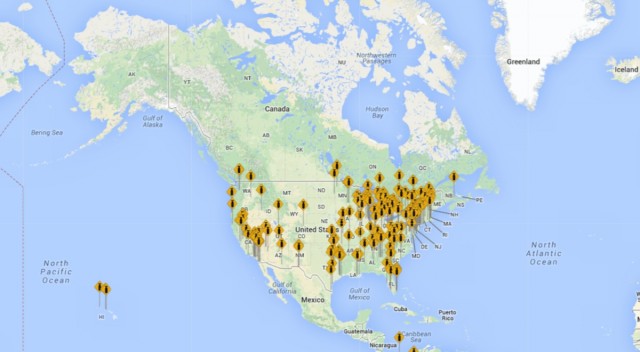 Software developer Martin Gringras has created a site called Fbomb, which tracks every time a Twitter user (Twit?) uses the F-word and puts a little icon on a map. Effectively, we can now measure who gives the most f***s. It’s not exactly a battle we’d be proud to win, but we’ll take what we can get.

Gringras came up with the idea for the site in a conversation with friends about how cursing can work against you when you’re trying to make a point. The map, on the other hand, is an excellent way to make his point, as you can watch the Fbombs pop up on the map live and click to see the often poorly composed tweets in which they appear.

Of course, seeing yourself in an F-bomb packed area may leave you feeling a little embarrassed, as some regions seem to hardly use the word at all. It’s not exactly fair, considering language differences, but it’s also interesting to see that the word does get thrown around in non-English speaking areas from time to time.

Obi-Wan is super pleased to have been left off the map.

People are worried the government is going to expose all of our private conversations and embarrass us, but we seem to be doing a pretty great job of it ourselves.

(via UPROXX, image via Fbomb)