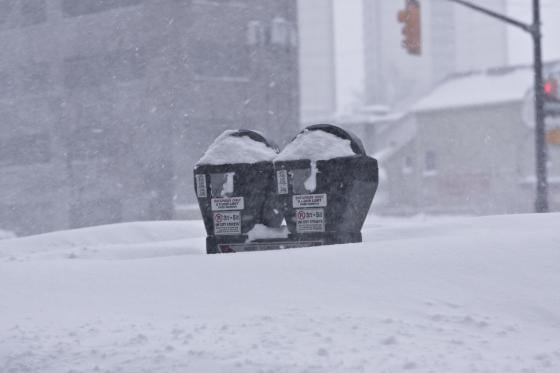 London, Ontario is presently being whammied with a whole lot of snow. Canadian Press reports that parts of the city have already been hit with 70 cm of snow [27 inches] since Sunday, and that another 40 cm [16 inches] are expected tomorrow, for a total of over 40 inches of snow. Wow. The city has held off on declaring a state of emergency, however.

Mayor Joe Fontana had talked of declaring an emergency but is holding off following a meeting this morning with police and other officials.

Municipal officials are urging employers to send staff home early today because of road hazards. About a quarter of the city’s streets have not been plowed, according to the London Free Press.

Lyndsay Morrison shares the above photo via Twitter: “Need to SEE just how much snow has fallen in #London, Ontario? This should help put things into perspective.” 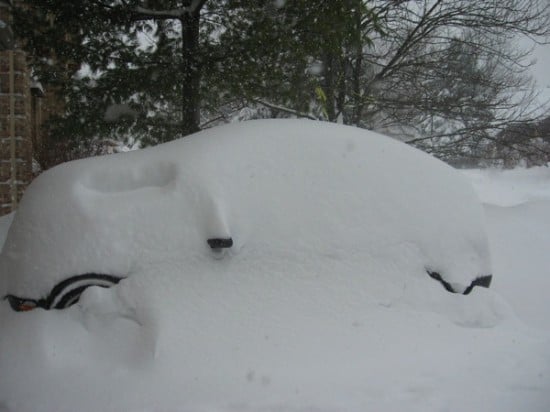 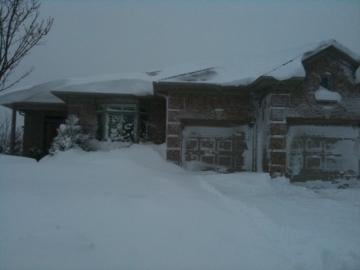 Meanwhile, one brave (and foolish?) soul went streaking down London, Ontario’s Richmond Street wearing only a hat, boots, and mittens.