Loki Is A Main Villain in The Avengers 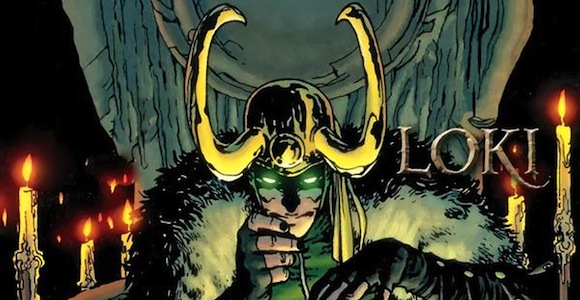 ComingSoon.net got a chance to sit down with the stars of Thor and naturally asked them nothing but questions about The Avengers, and they may have gotten our most concrete news yet of who the dang villain is who’ll be so threatening that everybody has to team up: Loki.

At least, according to the actor who plays him, Tom Hiddleston.

I will be [heading to Albuquerque] soon, that is a dead-set certainty. I’m so excited. Loki has big plans… and it’s going to take eight superheroes to stop him this time as opposed to just his chunky brother.

Now, don’t get too freaked out about the “eight superheroes” bit. It’s true: Iron Man, Hawkeye, Hulk, Thor, Black Widow and Captain America only adds up to six. It is likely that Hiddleston is including Nick Fury and Maria Hill, two other S.H.I.E.L.D characters who are appearing in the movie and are being played by well-known actors. This is not enough evidence to conclude that Hank Pym and Janet van Dyne (Ant-Man and The Wasp) will be in the movie. They haven’t been cast and shooting has already begun.