Things We Saw Today: Just How Will the Loki Show Tie Into Doctor Strange in the Multiverse of Madness? 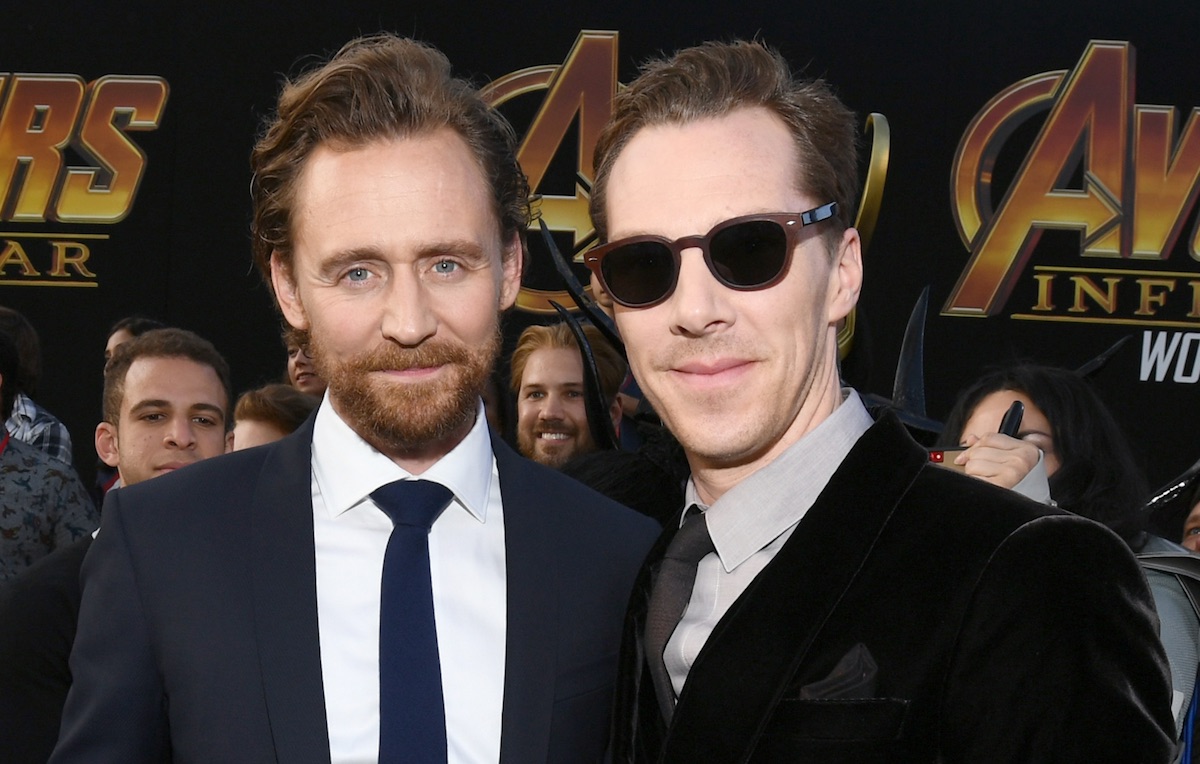 Marvel Studios’ lord of all things Sir Kevin Feige has revealed that the Loki Disney+ series set to star Tom Hiddleston will tie into the sequel film Doctor Strange in the Multiverse of Madness. This could be interesting, especially because those characters do not exactly get along.

It appears as though all of Marvel’s magickers could be bound up in the next Doctor Strange in some way. As Comicbook.com reports:

Elizabeth Olsen’s Wanda Maximoff, a.k.a. the Scarlet Witch, will follow her appearance in Avengers: Endgame with a return in WandaVision before joining Benedict Cumberbatch in Multiverse of Madness, evidently exploring the multiple dimensions of the Marvel Cinematic Universe.

Feige revealed the Multiverse of Madness and Loki connection to Bloomberg, saying in a profile, “I’m not sure we’ve actually acknowledged that before. But it does [connect].”

Now, while Comicbook.com’s headline says that Loki will “set up” Doctor Strange, it’s not clear whether “connect” means the characters will ever interact or that any big event in Loki will be essential to Strange. But both Loki and WandaVision seem to be tackling “alternate” elements—the Loki here is the Loki who escaped with the Tesseract in Endgame, which means not only is he a different version of Loki, but he’s potentially in a totally branching timeline (and the show will involve time travel). WandaVision looks set to explore alternate realities, which is where some of the multiverse could come in.

The Avengers world proper already has used the Quantum Realm (where there are time vortices), and Doctor Strange has explored other dimensions. It makes sense that Loki and Wanda, who as powerful magic-users don’t have to abide by quite the same mundane rules as other superheroes, may find themselves intersecting with Strange’s next adventure, or their own actions causing such ripples that Doctor Strange has to clean it up.

I’d love to see Hiddleston join Olsen alongside Benedict Cumberbatch in the Doctor Strange sequel. Loki and Strange have a bit of a history already via Strange’s brief appearance in Thor: Ragnarok. (Meanwhile, the two British actors are good friends, and might like to work together.)

In the beginning of Ragnarok, Strange basically phases Loki out of existence on a city street to get Thor’s attention, and is worried that Loki is a threat to Earth. It’s only later when Thor asks for his brother back that Strange relents and opens a portal, which Loki falls through. Furious, Loki declares, “I have been falling for thirty minutes!” He draws his knives and goes to attack Strange, but the Sorcerer Supreme sends Loki and Thor through a portal before they can clash.

While this occurred between Strange and the Loki who is now (apparently) deceased in the MCU, it’s likely their mutual mistrust and disdain would exist in every universe. And surely Strange is even more worried about this rogue version of Loki being a threat.

Another thing to note is just how essential the Disney+ shows appear to be for future movies, which suggests they really will “connect” quite closely. Feige has plans for our viewing schedules for, well, the rest of our lives: “They’ll be six episodes, eight episodes, 10 episodes with the actors from the films playing their characters. They’ll be changing, evolving, growing in those event series and then those changes will be reflected in their next film appearances,” he said. So we basically have to watch these shows—or read extensive recaps—if we’re to keep up with the MCU. It’ll be interesting to see how this all pans out.

What did you see on this fine nearly-the-weekend day?

Doctor Strange in the Multiverse of MadnessLokithings we saw today