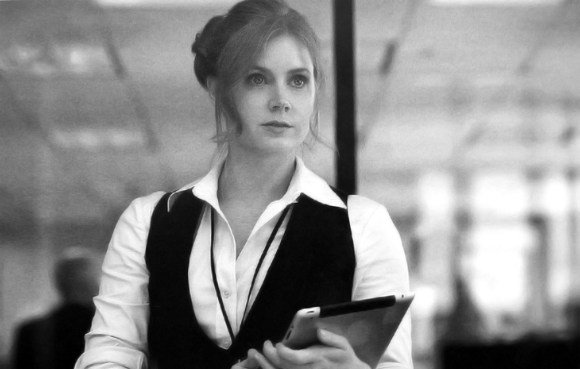 This first official image of Amy Adams as Lois Lane in Man of Steel (in black and white because… reasons?) is giving me a Han Solo vibe. Though that’s true of anyone wearing a white shirt and a black vest, really. It’s ingrained in me now, and it’s far too late to change it.

“Flashy superpowers and bad disguises are no match for good reporting techniques, kid.”