Lizzo was trending. You already know why. 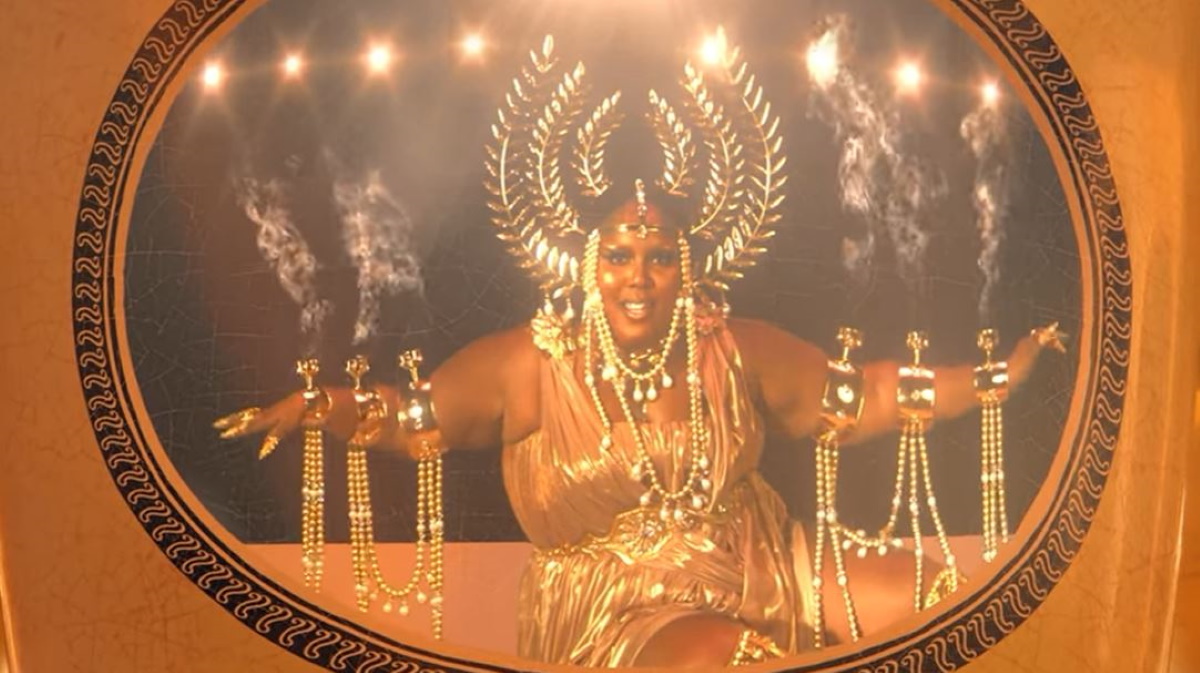 On Monday, August 9, Lizzo returned to Twitter after leaving the platform back in January 2020 due to the exhaustion of dealing with trolls.

Hey y’all.. heard I was trending so I decided to come back on here.. what I miss? 👀 https://t.co/klmGtkQcQI

Besides a couple of tweets every now and then promoting her work in 2020, Lizzo was gone for well over a year before her return last Monday.

Then on Friday, August 13, Lizzo released her new single “Rumors” with Cardi B.

Rumors is, in my opinion, an absolute vision. From its gorgeous Hercules muses visuals to the outfits that may very well inspire me to get back into cosplay (RIP my wife’s sewing machine). The song focuses on just a hint of the backlash Lizzo has dealt with as a fat, Black woman, only with catchy beats and plenty of dancing.

It filled me with such joy, and it was clear that Lizzo was feeling the love, too. It was good to see her back in such a fun, positive way.

But it was only a matter of time before Lizzo would end up trending for the very reason she left Twitter in the first place. You can set your watch to when the fatphobia’s gonna come creeping in to ruin any and all good vibes.

this broke my heart y’all need to leave Lizzo alone she literally doesn’t do sht to anyone wtf pic.twitter.com/oo7k8449LL

It only took two days after the release of her new single.

I try not to do the celeb worship thing any more but I will get at people over Lizzo because in defending her, I defend myself. People are hard headed about fatphobia so I’m never shutting up.

After she’d been off Twitter for over a year.

I thought that after Chadwick y’all said that y’all wouldn’t…………….you know what nvm.

I dunno, with everything that’s gone on since Lizzo left Twitter, you’d think that people would have bigger things to stress about than an artist making me long for a live-action Hercules where she gets to lead the muses. The fact that every fat Black woman can relate to what Lizzo is talking about is so disheartening. I hate that this is something we all have in common, no matter what we’re doing and no matter how happy or successful we are.

But that’s the thing, isn’t it? The problem folks have is not just that Lizzo is fat, it’s that she’s SUCCESSFUL and fat. She’s enjoying her life while being fat. It negates the notion of fatness being a barrier to happiness, making every single “I lost my way until I lost my weight” message look a bit suspect.

As Lizzo says, “I just feel like I’m seeing negativity directed towards me in the most weirdest way, like, people saying s–t about me that just doesn’t even make sense. It’s fat-phobic and it’s racist and it’s hurtful. If you don’t like my music, cool. If you don’t like ‘Rumors’ the song, cool. But a lot of people don’t like me because of the way I look.”

This part hit me so hard because as a fat Black woman I already have a voice in my head that tells me to prepare whatever armor I can when I decide to do something as bold as getting groceries or buying way too much manga at the bookstore. You kinda teach yourself to expect it.

But what threw me for a loop wasn’t necessary the stereotypical first draft to bullying I’d receive, it was inquiries from people wondering how others could like me.

Lizzo slander says a lot about the person bc she has done nothing outside of existing. We say we want Black women in all genres of music but tear apart Black women when they are fat.

Quick note: I used to cosplay a lot. In 2013 I got a Tumblr-thon of hate and would go on to talk a lot about body positivity at conventions. At some point, I ended up turning off anonymous comments on Tumblr because you can only be called “Princess Whale” so many times before you decide to put yourself first.

That being said, as much as being compared to an animal or being accused of eating a small village’s entire food supply stings, it was folks who expressed shock about me having any kind of following that really bothered me.

I’ve noticed that happening with Lizzo, too.

I expect the “fat this and that” comments, but it’s the comments that try and come off as positive (“I’m just concerned that she’s setting a bad example”) or the ones that are just flummoxed about her popularity that are truly obnoxious. Lizzo’s out here doing what a lot of Black women have been doing in the music industry, but since she’s fat, there’s this layer of judgment that gets worded in a way that attempts to sound more thought-provoking than it really is.

Musicians have entire records dedicated to things that Lizzo has talked about, from loving yourself to shaking ass, but as folks continue to enjoy Lizzo doing her thing, some can’t comprehend it because we’ve been conditioned to believe that “fat” and “thriving” do not mix.

Lizzo herself says that the negativity usually has nothing to do with her music, but with how she looks.

At one point when I was cosplaying on a regular basis, I got a particular comment that’s stuck with me. This person was perplexed about how anyone could be inspired by me. I thought about responding to say how fat Black cosplayers dealt with a lot of hate (cuz racism AND fatphobia are a hell of a drug), so some people are happy to see someone who looks like them cosplaying anyway. Before I got the chance to, though, they added a second comment.

“Now if she lost weight, that would be inspiring.”

That’s when I knew, without a shred of doubt in my mind, that my costume had nothing to do with how this person saw me. It’s the moment where I looked back at other comments I’d received and realized that they rarely mentioned my costume. It was always about how I looked, how my appearance upset them, how it was somehow disturbing the cosmic balance of the universe as I “glorified an unhealthy lifestyle” because I smiled a lot in pictures.

It was exactly as Lizzo said, and it’s so tiring that fat Black women will always have this in common with one another.

if u managed to love yourself today I’m proud of u.

If u haven’t, I’m still proud of u. This shits hard