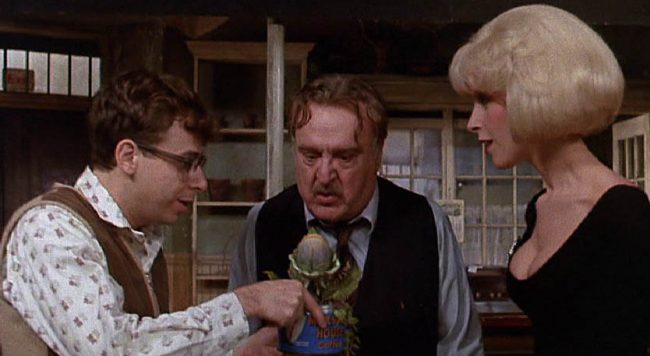 The notion of a Little Shop of Horrors remake has been floating around for a while now, from the Joseph Gordon Levitt and Roberto Aguirre-Sacasa collaboration we were hopeful for in 2012 to Greg Berlanti throwing in his hat for the project late last year. The Berlanti project appears to be moving forward, with a script penned by Matthew Robinson and casting rumors starting.

Sources say Warner Bros. is currently looking at Josh Gad and Rebel Wilson for the lead roles of Seymour and Audrey. While somewhat unexpected, I’m pretty fond of this casting. For one, it’s exciting to hear that Wilson is getting more and more leading lady attention, and ever since I first heard her sing “Poor Unfortunate Souls” I’ve been hoping to see her in more funny musicals. Gad has also shown he’s great at musical roles, most recently in Disney’s Beauty and the Beast, and he’s a great fit for the clumsy Seymour. It’ll be interesting to see their on-screen chemistry. They previously worked together on Ice Age: Continental Drift.

Of course, with any adaptation of a cult classic we’ll have to wait and see what kind of approach the remake takes. Who will voice Audrey II and play Dr. Farb? Which ending will it use?

What do you think of this possible casting?