A Live-Action/Animated Lisa Frank Movie In the Works? | The Mary Sue

So…There’s a Live-Action/Animated Lisa Frank Movie In the Works…Huh?

At least it's not The Emoji Movie. 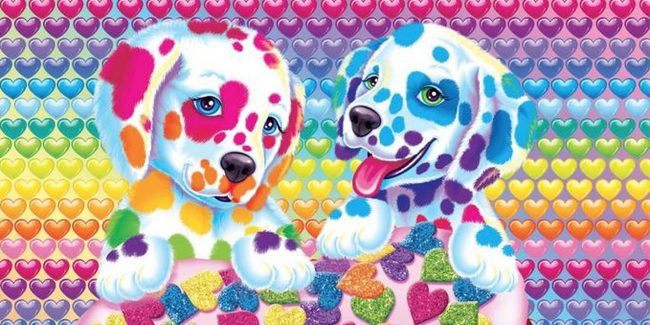 Who would’ve thought that school supplies could inspire a major motion picture?

Being a teen girl in the 1990s means that the school supplies, room decor items, and fashion accessories that I coveted the most were designed by artist Lisa Frank, who bedecked folders, pencils, posters, and leggings with brightly-colored unicorns, cats, dogs, and dolphins. The world of Lisa Frank seemed like a magical one, though I use the word “world” very loosely. Sure, while the same unicorns or kittens would appear across all sorts of products, I never thought of them as “characters.” They were objects in the purest sense; cute animals against colorful backgrounds designed exclusively for my gazing pleasure.

Apparently, I was wrong the whole time. There was backstory involved.

According to The Hollywood Reporter, there is a Lisa Frank “live-action/animated hybrid feature” currently in development from Frank and producer Jon Shestack, who recently adapted Before I Fall for Awesomeness TV. Apparently, Frank’s work makes Shestack really, really happy, and who can blame him? He says, “Lisa Frank’s world is cheerful, it’s optimistic, it’s hip, but it is without snark. It’s just sort of impossible to scowl when you’re smiling, and why would you want to? I’m so stoked to be part of this.”

I don’t know about “without snark.” After all, have you seen Lisa Frank’s Facebook page lately? 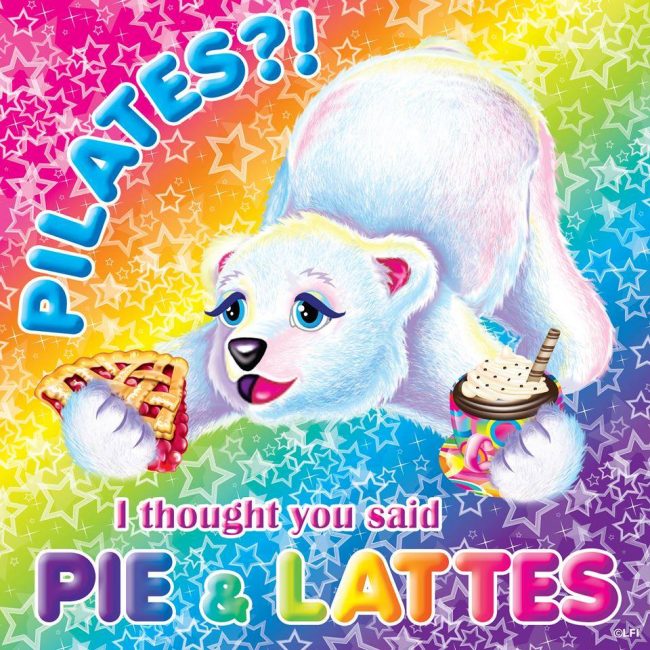 She’s been getting pretty feisty lately! Well, for Lisa Frank.

In any case, Frank is also excited to be developing a feature film, apparently because there’s always been more to the characters in her art than meets the eye! “I have always wanted to do a feature film that brings the world of Lisa Frank to life,” she said. “We have so much backstory on our characters and they have been alive in my imagination since the beginning.”

What’s throwing me the most in this description is the live-action/animation hybrid aspect of the project. I can see making an adorable cartoon, but incorporating real elements? Are they working on a story where someone “Dorothy Gales” and opens the door of their house one day to find themselves in Lisa Frank Land? Is this gonna be Space Jam with rainbow unicorns? I just… I just don’t know.

But think about it. All the cute animals you’ve had on your most adorable school supplies all have inner lives. I’ll never be able to look at my folders the same way again.