It's Lindsey Graham vs Alexandria Ocasio-Cortez & the Auschwitz Museum. It's not hard to pick a side. 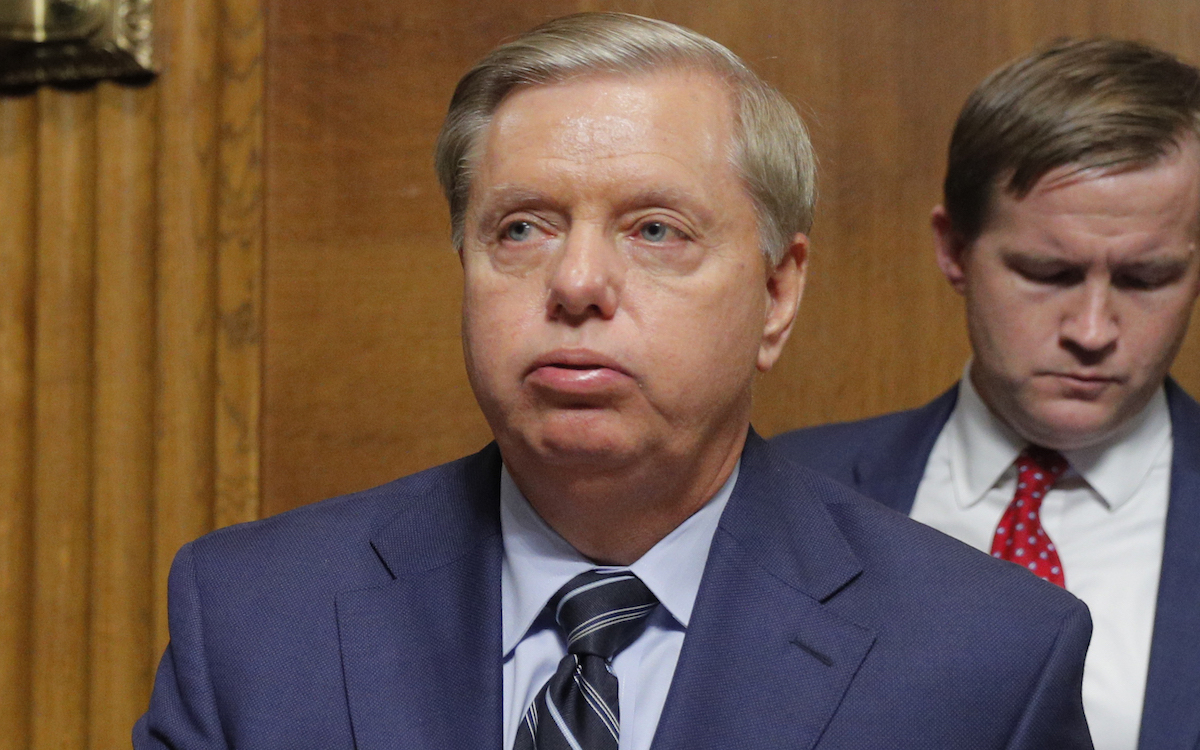 Among the many voices calling out the horrific treatment of asylum seekers at the U.S. border, Alexandria Ocasio Cortez reminded her followers that applying for asylum is not a criminal act, citing a number of extreme, but still entirely relevant, precedents.

Asking to be considered a refugee & applying for status isn’t a crime.

And with that, anthropomorphized damp sock Lindsey Graham felt the need to inform Ocasio-Cortez that, well actually, the current situation at the U.S./Mexico border is different from that of Nazi-occupied Germany.

I recommend she take a tour of the Holocaust Museum in DC.

Might help her better understand the differences between the Holocaust and the caravan in Tijuana. https://t.co/05vCexiClE

Graham wasn’t the only prominent right-wing figure to spout this perspective. Former Trump/current Fox News mouthpiece Sebastian Gorka tried to shame Ocasio-Cortez for a lack of empathy in comparing the situation at the border to an act of genocide.

Ocasio-Cortez fired back at this twisting of her words, saying what was already clear in her initial tweet: “This is not about atrocity. It’s about how we get there.”

And you know who wasn’t on board with Graham’s recommendation or Gorka’s assessment, and who directly echoed AOC’s point? The official account of the Auschwitz Museum. While they didn’t mention anyone by name, this tweet, put out only three hours after Graham’s, is pretty clear in its target.

When we look at Auschwitz we see the end of the process. It’s important to remember that the Holocaust actually did not start from gas chambers. This hatred gradually developed from words, stereotypes & prejudice through legal exclusion, dehumanisation & escalating violence.

Alexandria Ocasio-Cortez wasn’t drawing direct comparisons between the current attacks on asylum-seekers and the Holocaust. She was talking about the legal process of claiming asylum. That was clear to anyone actually, you know, read her words rather than just inferring what they assumed to be her argument.

By the way, Auschwitz Museum has pinned the tweet pic.twitter.com/Muvh9VFOgF

And as always, The Onion is also here with the relevant headline.

Maybe Lindsey Graham and Seb Gorka can carpool to that museum so they can both get a refresher on what the early days of such horrific atrocities look like. Seems like they need it.