Review: Don’t Let the R Rating Scare You; Like a Boss Is a Movie Teen Girls Should See 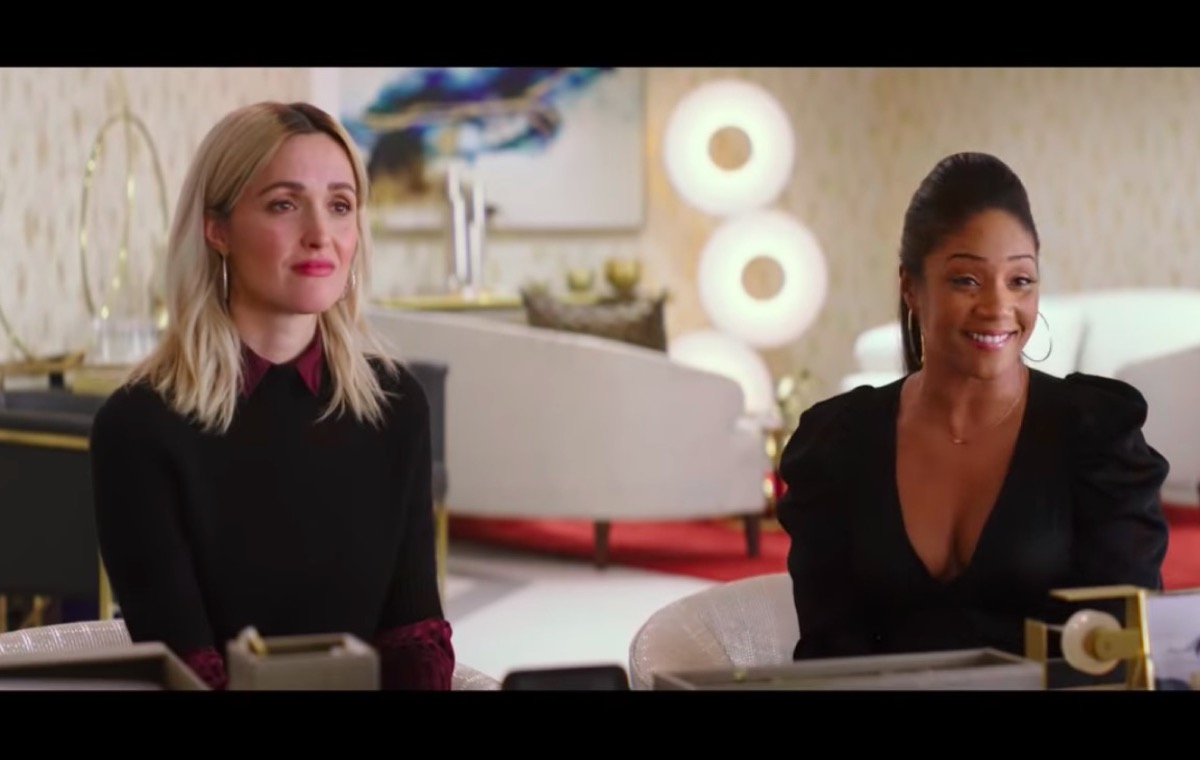 The previous decade presented audiences with some of the best female-led comedies of all time: Bridesmaids, Girls Trip, and Booksmart (among others). Just looking at those three films alone is a lot to live up to, and the likelihood of Like a Boss starting a new decade with a comedy of the same caliber was always going to be slim. As it turns out, despite its bad trailers, Like a Boss is actually good!

Still, what those three comedies have in common is that they’re all written by women. It’s disappointing that Miguel Arteta’s latest, in the times that we’re in, would introduce the first female-led comedy of the decade with two men holding the pen instead of women. At this point, the creative minds behind films about women, for women, should be women. Makes sense, right? Regardless, writers Sam Pitman and Adam Cole-Kelly understand their subject and create a narrative that’s reflective of how men and society view women.

The film follows Mia (Tiffany Haddish) and Mel (Rose Byrne), two best friends since grade school, who share a house, a car (that’s at least 20 years old), and a beauty company. Mia is the confident creative mind, while Mel is the more business-savvy one in charge of the books. They just opened their first Mia & Mel store, with Jennifer Coolidge costarring as their saleswoman, and Billy Porter as the man in charge of making the products.

While online sales are booming, we soon learn that the duo is deep in debt, and if they don’t get money soon, they’ll have to shut their baby down for good. They seek the help of Claire (Salma Hayek), a cosmetics mogul who agrees to pay off their debt in exchange for a controlling share of the company. While Mel agrees and trusts Claire, Mia isn’t so convinced and believes she’s trying to steal their business. The besties clash, and conflict ensues over their differences that risks ruining their business, but more importantly, their friendship.

This isn’t an original narrative by any means. There are many films about businesswomen, but what Like a Boss manages to highlight successfully is how unfathomable it still is to some people that women would be willing to give up motherhood for a career. While Mia and Mel’s friends are all getting pregnant, have babies already, or thinking about babies, their beauty company is their baby.

It’s something that women shouldn’t have to feel they need to validate anymore, but the film brings up an important conversation about the fact that it still happens. Society still has the archaic mindset that women are made to have children and do nothing else, but Mia and Mel are content still living together, unmarried, and without a family, because they are each other’s family, and they don’t need anything else.

Like a Boss truly succeeds in being a wonderful and touching story of female friendship, and this is all thanks, in part, to its leading ladies, who are in their top comedic form. Byrne has always managed to surprise on the comedic front since her role in Bridesmaids, and she just keeps getting better and better, and Haddish is quickly becoming the queen of comedy (if she weren’t already).

Like most comedies that feature Haddish, it’s raunchy and full of sexual humor that, personally, feels overused in the genre. Are dick jokes really that funny anymore? But you got to give it to Haddish, because no matter what she says, it’s impossible for her not to get all the laughs. They’re such a perfect match that you’ll wish they could be cast in everything together. (They also do a duet to “Proud Mary” that you don’t want to miss!)

Trying to break the duo apart with her greedy, expensively manicured hands (and fake teeth) is Hayek as Claire. She gives a “so bad it’s good” kind of performance, which one can assume is intentional, as it’s incredibly camp—but unfortunately, not the camp performance that’ll be quotable for long. While not all of the jokes they’re given land—many border on stupidity—for the majority of the film, the audience I was in lapped them up.

This is Pitman and Cole-Kelly’s first time writing a screenplay for a comedy feature, so it makes sense to say that some jokes could have been written better or could have been left out entirely. And like most comedies, some of the humor won’t sit well, but despite its flaws, Like a Boss might just end up being one of the best female-led comedies this decade.

What first strikes you while watching the movie is how geared towards young girls it is. This is strange, considering its R rating means that demographic won’t likely see it unless their parents are okay with Tiffany Haddish’s dick jokes, mentions of “blue waffles,” and a vagina cake with a baby doll head sticking out of it.

In one of the film’s first scenes, we see Mia doing a teen’s makeup before homecoming. Mia and Mel put a lot of emphasis on a natural makeup look for her, which is later juxtaposed by a cis male makeup duo who essentially represent the expectations of the industry: lots of makeup to cover all flaws. The film makes a mockery out of the idea that men think they know what’s best when it comes to how women want to look, and the belief that women wear makeup to impress men.

But the message the film successfully sends to young girls is that you do your makeup for you; it tells them to own their natural glow and be proud of their skin, no matter the flaws. This is a very hard thing to do, as women have been made self-conscious through lifetimes of being made to feel that we have to hide our blemishes. We’ve had a lot of societal pressures, but not enough compliments. Like a Boss is a film that will hit hard if you see it with your best friend, as Mia and Mel produce videos of best friends uplifting each other about their looks. We need that kind of boost, and Like a Boss encourages women to speak positively about themselves and each other more.