Review: You Exposes the Creepiness Underneath Our Favorite Romantic Comedy Tropes 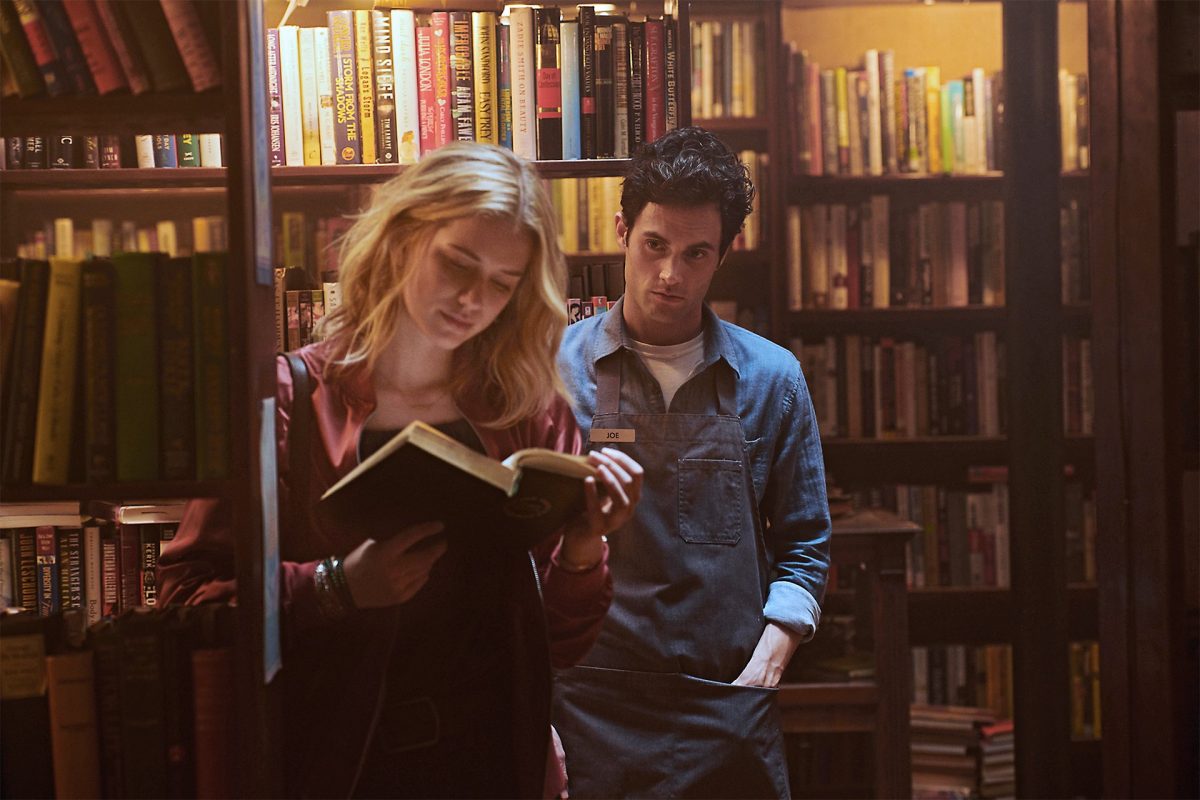 The first three episodes of Lifetime’s psychological thriller You (based on the book series by Caroline Kepnes) have aired, a quirky series that can best be described as “Dexter meets You’ve Got Mail.” At first glance, this combo doesn’t make a lot of sense, but You excels in upending the tropes and cliches of the romantic comedy by exposing how sinister and unsettling they can actually be.

The series (created by The Magicians‘ Sera Gamble and the Arrowverse‘s Greg Berlanti) begins with the classic meet-cute: pretty graduate student Guinevere Beck (Once Upon a Time‘s Elizabeth Lail) meets shy bookstore clerk Joe Goldberg (Gossip Girl‘s Penn Badgley). They flirt over their favorite books, and after a brief conversation, Beck pays for her purchases with a credit card and goes about her day. Now knowing her full name from her card, Joe proceeds to stalk Beck on every available social media site, quickly determining that she’s the one for him.

The series is narrated by Joe, who breezily walks us through the disturbing amount of information that’s publicly available on social media. He quickly finds her address and sets about stalking her in person, appearing over her shoulder and just out of her eye line at her school, at bars with her friends, and even spies on her having sex with her hipster hook-up. (Sidebar: Becks lives on the first floor of an apartment with enormous bay windows and NO curtains—girl, no.) After a drunken fall onto the subway tracks, Joe rescues Becks, stealing her phone in the process (it’s like While You Were Sleeping, but creepy).

You cleverly plays with the stock characters we’ve come to expect from romcoms: Joe isn’t some gross creep in a basement; he’s a handsome guy who befriends the nerdy kid next door. Beck isn’t a Manic Pixie Dream Girl; she’s a conflicted student struggling with money problems, her social standing, and a predatory professor. Beck’s behavior continually defies the pedestal Joe puts her on, especially with her casual hookups and open sexuality.

The series has a lot to say about our society’s addiction to social media, and the dissonance between the curated images we project of ourselves online and our authentic selves. The gap between who we are and who we want to be is also explored in Joe’s character; he imagines himself as smarter than everyone else, as someone who knows what Beck wants and needs, yet he continually makes mistakes and miscalculations in his attempts to woo her. He even thinks of himself as a sex god, which is quickly dismissed in his first awkward coupling with Beck.

You has a lot to say, and its slick and stylish production value and capable cast make it a highly entertaining watch. And if it leaves you with nothing else, the series is a ringing endorsement for privacy settings on social media.

Are you watching You? What do you think so far?