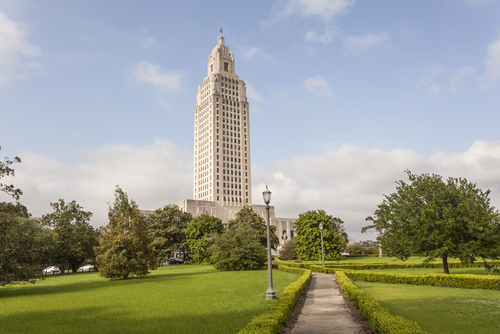 Louisiana governor John Bel Edwards attempted to hand down an executive order issuing protections to LGBT people, specifically state employees who may identify as lesbian, gay, bisexual, or transgender. Unfortunately, that executive order was blocked by State District Judge Todd Hernandez, who dismissed the order on the belief that the governor was overstepping his bounds as governor, suggesting that he was trying to, “replace the people’s will with his own.”

The ruling boiled down to this: that it was unlawful or unconstitutional for the governor to effectively create a new law that itself creates a special, protected class of citizen. Judge Hernandez saw the case at the request of Attorney General Jeff Landry, who has previously gone toe-to-toe with Edwards and even the Obama administration in similar cases. He’s previously quoted as saying the Obama administration offers “special status or waivers to Muslims as they go through TSA screenings”—which is, of course, an untrue statement, as the TSA does not grant religious exemptions to Muslims. (I mean really, one need only look at the news to see that the opposite is, in fact, true.)

Landry has previously requested that the language specifying transgender protections be taken out–it’s because of these protections that Edwards’ order is being viewed as noteworthy or unique to any other executive order issuing protections, and thus may be much of the reason as to why the entire order is being thrown out.

What’s especially intriguing (read: messy) about this ruling is that because of these LGBT protections, Landry has been refusing to sign contracts with the Edwards administration, contracts that would see state attorneys getting paid for their work. According to NOLA.com:

The Edwards administration hasn’t transferred around $18 million to the Department of Justice to pay for civil litigation because the money technically moves through a contract — and Landry won’t sign the agreement as long as it includes LGBT protections. Landry’s office said their operations are significantly hampered without that funding.

It really is a case of someone cutting off their nose to spite their face. Landry’s office is hampered because Landry refuses to sign a contract that includes LGBT protections—which factor is really in the way here? Obstinately refusing to see that your office and your employees get paid feels incredibly irresponsible, all on the grounds of what? Because you don’t agree with the fact that some of the most vulnerable people in your state deserve some modicum of protection? It boggles the mind, really.

Edwards has already said that he’ll be seeking an appeal, stating, “With great respect for the role of the Louisiana Legislature, we continue to believe that discrimination is not a Louisiana value and that we are best served as a state when employment decisions are based solely on an individual’s qualifications and job performance.” Here’s hoping that his appeal sticks or that something can be done for the LGBT people and state employees of Louisiana.

(via Jezebel, image via Shutterstock/Philip Lange)