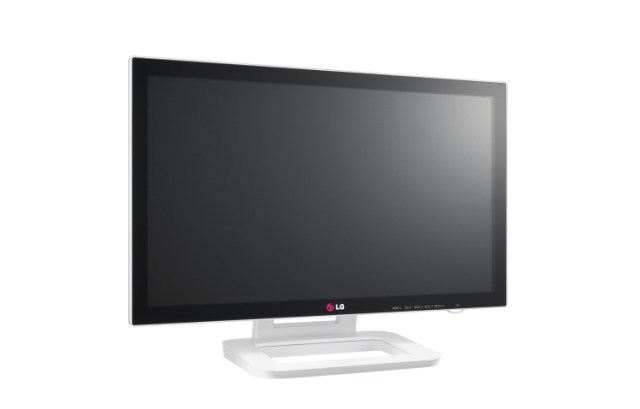 If you’re a frequent visitor to Geekosystem, you may have spotted our LG Touch 10 ET83 Multi-touch monitor review. The device is pretty impressive, with a bunch of bells and whistles that are awful enticing. Our verdict in the end? If you really need a touchscreen, it’d be hard to go wrong with this model, but there are always cheaper alternatives if you don’t need one. That said, it’s hard to argue with free. That’s why we’re giving one away, courtesy of LG Electronics through Ogilvy Public Relations.

Yeah, it’s exactly what it sounds like: You could soon be the proud owner of one brand new LG Touch 10 ET83 Multi-touch monitor, current list price of $549.99.

“But Rollin,” you might say, “how do I enter to win such a glorious giveaway?” Well, friend, it’s pretty simple. All you need to is follow this simple list of instructions:

1. You need to like us on Facebook — we’ll even include a link right here to help.
2. Here’s the difficult part: You need to post a haiku on the Facebook post, which is linked right here as well, about why you should win the monitor.
3. Er, there is no three. That’s basically it. The best haiku gets the prize!

It’s that simple, folks! So, if you want a new monitor, it’s time to get your haiku on. Let the best poet win!

UPDATE #2: IT’S OVER! We’ll contact the winner sometime in the coming week. Thanks for entering, folks!

Precise details: This contest is only open to those in the continental United States — sorry other places — but only one entry per person. The contest will end Saturday, May 18th, 2013, at 4PM ET. The winner will be chosen by the editors based on valid entries, and they’ll be notified shortly after the contest ends.