Leslie Knope Would Vote for Elizabeth Warren and Everyone Knows It 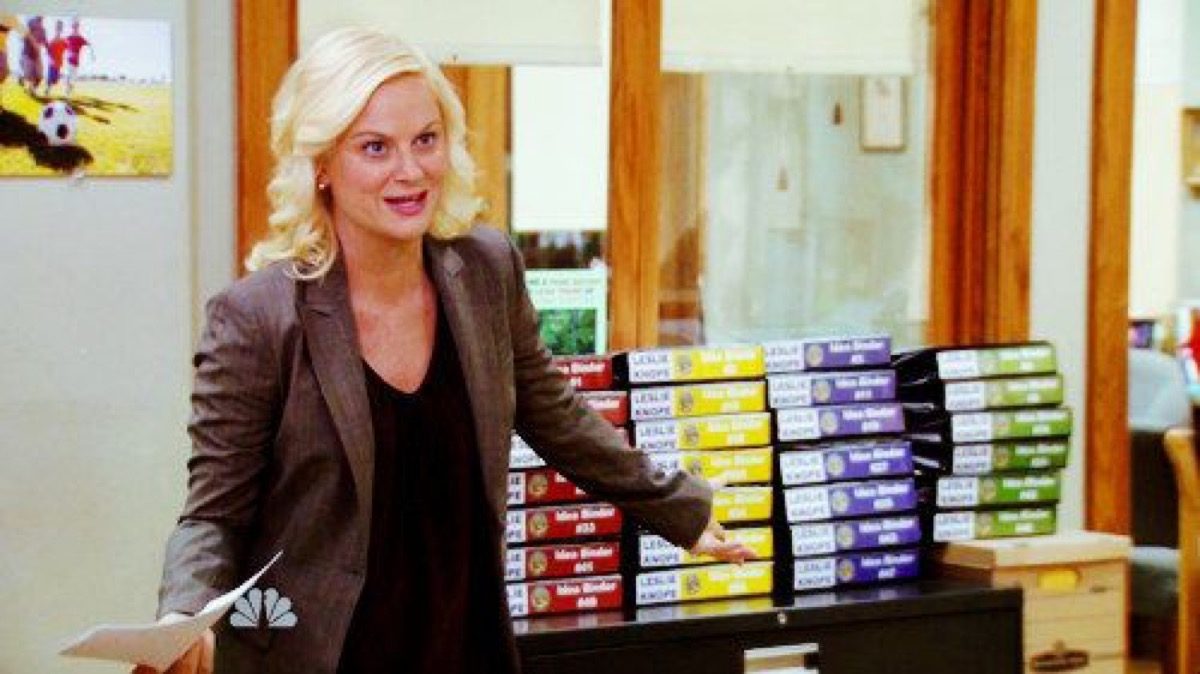 Logging on to Twitter today and seeing “Leslie Knope” trending was an emotional rollercoaster, mainly because I thought for one brief moment that my constant wish for a reunion of Parks and Recreation was coming true. Instead, some of the cast and creatives were showing their support for Elizabeth Warren, and many on Twitter were comparing the presidential hopeful to Leslie Knope herself.

I am proud & excited to be voting for @ewarren
She is the president we need to heal our country. She is the fighter we need to cross-examine—and crush—Donald Trump.
Go to https://t.co/6c70K1RCGW pic.twitter.com/rE7BcSFt9J

I wanted to be a winner so I geared up and went to Pawnee to vote#VoteWarren pic.twitter.com/ii83TJtkcm

It is incredibly clear that I chose correctly when I picked Parks and Recreation and my favorite characters. (Ben and Leslie for life.) It also helps that Billy Eichner, who brought Craig to life, loves Elizabeth Warren. What this does, though, is show us that characters like Leslie Knope don’t just stay on our television screens. They invade our way of thinking and give us hope with those real-life figures that remind us of them.

With Leslie Knope, though, she was very much a Joe Biden fan during the run of Parks and Recreation—mainly because he was the current Vice President, and he was on her celebrity sex list (not to mention that Joe Biden also guest-starred on the show when Ben Wyatt was in Washington D.C.).

Mike Schur even opened up to Buzzfeed News about how Leslie Knope would support Warren over Joe Biden in this primary race. The thing is, Leslie Knope loved Joe Biden, as many of us did, back when Parks and Recreation was airing—so, you know, during the Obama administration. The show started in 2009 and ended in 2015. (Just imagine how good this show would have been with Pawnee during a Trump administration, though.)

So, Schur explained that Leslie’s feelings probably wouldn’t be the same for Ol’ Joe these days.

I don’t know what Leslie would think about him now, but, you know, I think she would still admire a lot of his sort of roll-up-your-shirtsleeves, fight-for-people kind of attitude. But I also think that Elizabeth Warren would be setting Leslie Knope’s hair on fire right now.

Schur went on to talk about why Warren is, in a lot of ways, in the same world as Leslie and how their views align.

Elizabeth Warren not only, I think, aligns with a lot of what Leslie believed in about the ability of the government when it’s functioning well to affect people’s lives for the better, but her whole thing is ‘I’m not just orating here, I’ve got a plan.

The thing is, it makes sense, to me at least, that the Parks and Recreation cast and crew would like Elizabeth Warren (at least those we’ve seen share their views online). I get emotional thinking about how much Warren is like Leslie Knope, unwilling to give up and knowing that she just wants the best for this country in the same way that Leslie knew she wanted the best for Pawnee.

Seeing “Leslie Knope” trending today because of a mix of things was a wonderfully emotional thing. I think that, like myself, Leslie Knope wouldn’t vote for Joe Biden now in the way she would have back in the day. She would look at Warren and see how she always had a plan and would probably find some way to get Ben to let her talk to Elizabeth Warren.

Today is important, if you’re one of the states with a Super Tuesday primary, because you get to have a say in who you want the Democratic party to nominate. It isn’t about the greater game plan, and it isn’t like “voting for Jill Stein” (so many people have said this, and honestly, take a Civics class again). It’s about who you believe in, and seeing the cast and creatives behind Parks and Recreation and, specifically, co-creator Mike Schur, voting for Warren just fills me with hope.

Who knows what will happen, but at least I know that some of the team behind Parks and Recreation continue to do their characters proud—even if Ron Swanson would hate having to care about the government enough to vote.