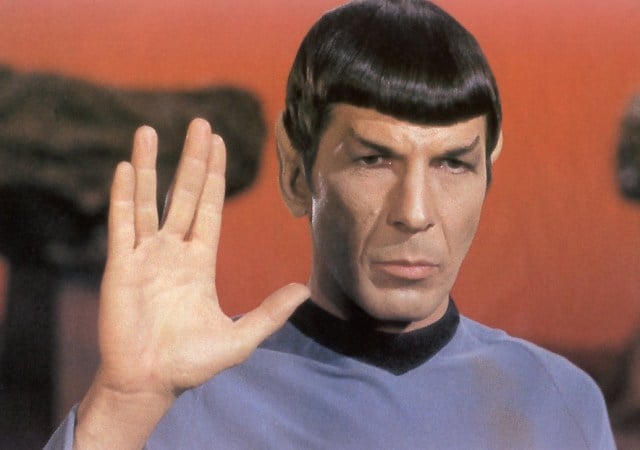 In a highly logical move, Leonard Nimoy’s son, Adam Nimoy, will direct For the Love of Spock, a documentary and tribute to the career of his late father.

Zachary Quinto, the current reigning Spock, will narrate the film, which is planned to be ready for Star Trek‘s 50th anniversary on September 8, 2016. Nimoy has plenty of experience directing with another documentary currently in the works and TV episodes on shows like NYPD Blue, Hercules: The Legendary Journeys, and Gilmore Girls, and he was working on the new film together with his father until just days before he passed away.

This will be a tribute to my dad and Spock. We have plenty to work from because my dad loved telling stories and he was very fond of the role.

I was struck with the outpouring of affection for him after he died, so this feels like the right thing to do.

My father wrote two books—I Am Not Spock and I Am Spock—and we’ve got lots of recordings so there’s plenty for us to work with.

William Shatner—James T. Kirk himself—has also agreed to appear in the documentary, which will focus on the ability of Leonard Nimoy’s Spock portrayal to live long and prosper.