You're going to want to make a Miley Cyrus "Wrecking Ball" joke. Don't. 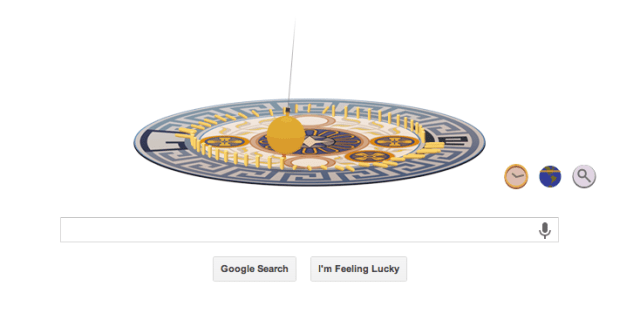 If you’ve managed to get yourself over to the main page of Google this morning, you probably saw a real pretty pendulum slowly swinging around and knocking over stuff in its path. That’s a Foucault pendulum, named so after the guy who first invented it.

If you’re more of an entertainment nerd than a science one, you might also recognize this pendulum because of a similar one that appeared in Lost: 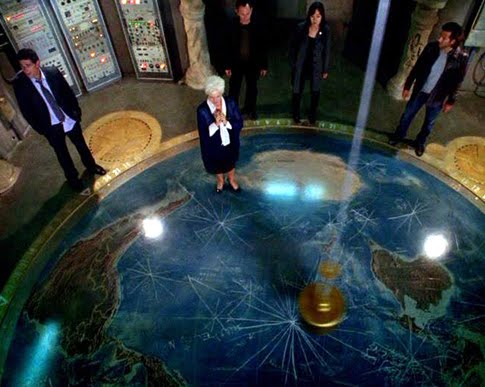 The Lamp Post (because everything in Lost had a weird cryptic name) was used to track where in space and time the Island would appear in the later seasons of the show. It’s a totally fictional thing, so we don’t actually know how it would have been able to monitor disruptions in electromagnetic energy and changes in the Earth’s gravity, or… whatever. But we do know how an actual Foucault pendulum demonstrates the Earth’s rotation around its axis.

Foucault’s experiment worked like this: a weighted pendulum was tied to the end of a six foot wire, which would slowly swing back and forth, making marks in a pile of sand as it reached the longest point in its period. Eventually the marks made would form a bow-tie shape as the pendulum swung. Because an object does not change direction unless acted upon by another force (Thanks, Newton!), Foucault concluded that the reason the pendulum didn’t constantly hit the same mark is because the Earth was turning underneath it.

Since that first experiment was done in 1851, Foucault’s pendulum has been reconstructed all over the world — there’s one in the Pantheon in Paris, another in the Musée des Arts in Metiérs, one in the United Nations Building in New York, and dozens more in other museums and government buildings. However, they probably don’t allow you to adjust which hemisphere of Earth and at which point in the pendulum’s cycle you’re watching, which this Doodle does. Score one for Google, we guess.

(via Google and Christian Science Monitor)