What to Do With All Those Leftovers? The “Leftover Swap” App Has Your Back 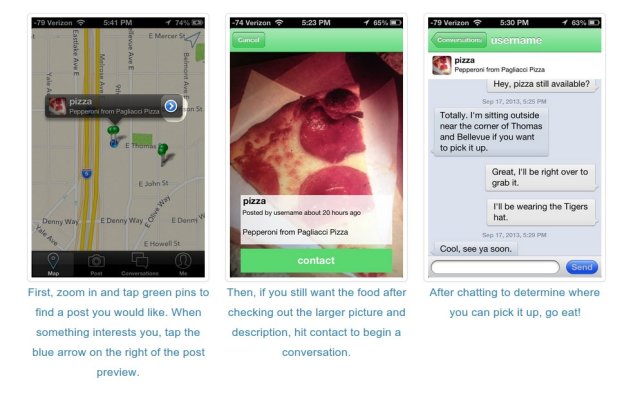 It’s the day after Thanksgiving, so it’s a safe bet you have a ton of leftover food sitting in your fridge. If you want to unload the two pounds of Grandma’s stuffing you’ve got on hand before it goes bad, why not give Leftover Swap a try. It’s an app that connects leftovers with people who want to eat someone else’s leftovers.

Users can list the leftover food items they have available, and interested parties can contact them through the app to arrange for pickup. It’s certainly better than letting it rot in the fridge.

Besides the novelty of the app, it can also help address some real food issues in the world, or hopes to anyway. This TED Talk is included on the Leftover Swap site, and is about the very issues they want to help solve:

An iPhone app alone probably won’t help solve the world’s food waste problems, but it could be a start.

We heard about Leftover Swap this morning through Jon Mooallem’s Twitter account. He suggested “AirBnB for leftovers” and user Ben Hammersley replied with the link to the app.

Right now the app is only available for iPhone, but Android and web versions are in the works according to the app’s site. That’s probably a good move is the aim to help the less fortunate get access to food.